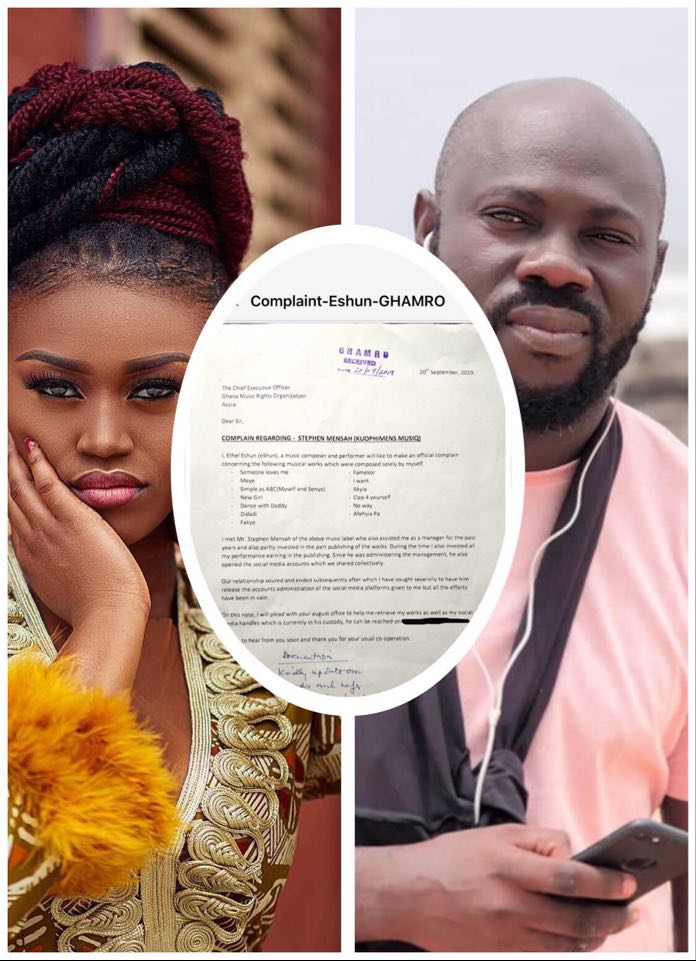 Many are industry people who are following musician eShun & manager Stephen Mensah`s saga with no clear evidence of who really is at fault with the on going misunderstanding. Though they have been “nursing” their own issues in the past, matters got worse when eShun granted an interview to Zion Felix which revealed many happenings under the carpet.

In the interview, eShun revealed that they have been dating for the past years as manager and artiste. That Stephen has been maltreating her as a boy friend and a manager and that money was not being shared proportionally for her to get what she deserves. The biggest accusation which sent social media users on the case of Stephen was information that he had seized her social media accounts especially her verified account on Instagram. Public opinion court has really not been fair to Stephen Mensah as he has suffered a lot of back lash for the past weeks.

wwww.sammyflextv.com has chanced on a document online that suggests that the information from eShun is not exactly as she narrated to blogger Zion Felix in their previous interview. This document suggests that there has been a thorough discussion on the issue but an agreement could not be reached therefore eShuns outburst . It`s our interest that both parties will have a better way of solving this issue as the back and forth is not helping both the artiste and the record label

See the document below and be your own judge.