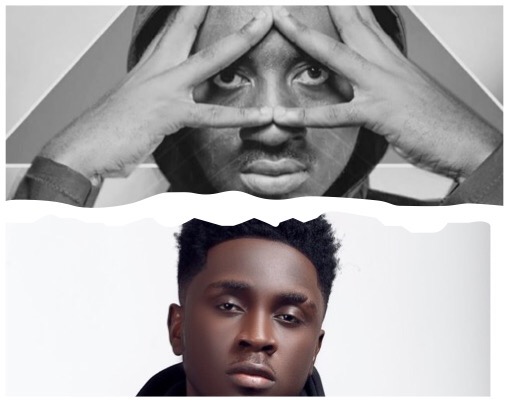 Kweku Smoke, a rapper who is part of team “Krakye Gang” threw jabs at rapper Amerado on Sammy Flex TV’s “Showbiz Daily” in an interview some weeks back when he had his turn on the live online show.

On the same platform, Sammy Flex TV on “Showbiz Daily” Amerado has also denied having an issue with Kweku Smoke. Amerado also revealed that he was rather looking for a way all the Kumasi based rappers will come together to rule the rap industry in Ghana knowing that Kweku Smoke also comes from Kumasi. Unfortunately for Amerado, Smoke does not see this agenda as such.

Amerado admitted Smoke is a good rapper and very talented, but he shouldn’t talk as if he is above anyone especially him (Amerado) because they are all young despite Smoke having the opportunity to do a song with Sarkodie.

“Sending him a message in his DM on twitter mentioning his name “Kweku Smoke” is not an insult. So he shouldn’t talk against me or belittle me moreover he never responded to my message. I have have no issues with Kweku Smoke but if he tries me lyrically, I will lash him including any rapper who steps on my toes. One thing i know is that Kweku Smoke does not even have a fan base bigger than i have so what is his problem and pride about exactly”- Amerado warned.