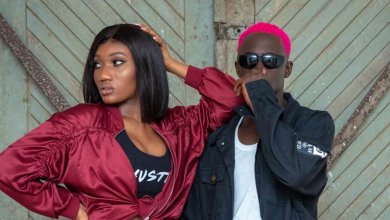 Most promising female musician Wendy Shay signed on to Ruff Town Records over two years and still counting has revealed the up and downs of the industry focusing on a two sides perspective, thus being an observer and a  Practitioner.

From the observer’s perspective, she saw it appealing and fancy seeing musicians live lives full of sequins. A lifestyle that everybody desires and opt for. This in a way persuaded her to quit her nursing course in Germany to follow her passion as musician.

From the practitioner’s perspective, Wendy Shay who rightly was signed on to Ruff Town Records after the sad death of  Ebony saw everything different. Wendy Shay accounting on the reality admitted on Sammy Flex TV that it was a different feeling all together laying emphasis on how Ghanaians trolled her based on the love they developed for Ebony and the sad manner in which she died together with her taking her position soon after her demise. That alone according to the “Uber driver” hitmaker”, was enough to make her quit music.

Apparently, she spoke about how female musicians are abused sexually in the space and its related issues. The Jabs, the up and downs and it’s kinds strengthened her in attaining enviable titles and awards.

Rich men reaching out to her for ambassadorial deals which at the end turn to proposals and all accusations leveled against her and his manager. However, she’s happy for the great progress she’s made within a period like two years and it’s associated achievements. Releasing an album, giving back to society, back to back hits and holding her own concerts.

It is indeed worth praising as she celebrates her two years in the music industry. Wendy Shay is currently promoting her new song titled Emergency Featuring Bosum Pyung. Watch the full interview in the link below and subscribe for more.