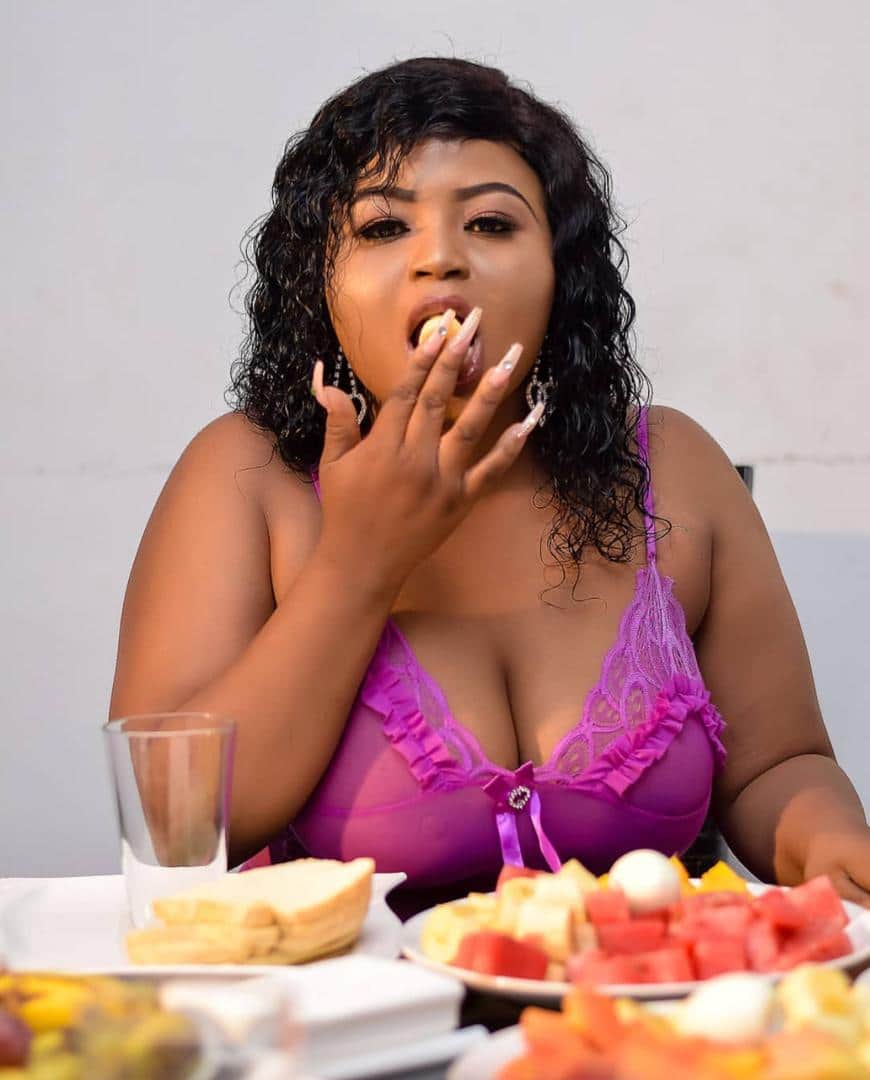 The explicit content sex singer whose music is centralized on sexuality has ascertained on Sammy Flex TV why she changed her name to Naffy X.

Apparently, she was “Bad Girl Nafisa”. The “Nafisa” however, is a name that originated from the Islamic community. A respected and morally upright group of people who believe in Prophet Mohammed, the Holy Quran and dress in a very modest way according to the practices of their customs.

In view of this, the ” Clitoris” hit maker who is currently promoting “Wokote” a new single even though from an Islamic background has revealed that her fellows, are not excited about her using the name Naffissah with regards to her style of songs. She disclosed to Sammy Flex, the host of Showbiz Daily in an interview.

This has in a way influenced her change of name; Bad Girl NAFISA to NAFFY X. A brand name and an X-rated affiliate. Her new song that talks about the penis of a gentle man and how she wants it big was also under scrutiny as she explained the motivation behind the song and its purpose.

The rest of the interview are in the link below for more information.