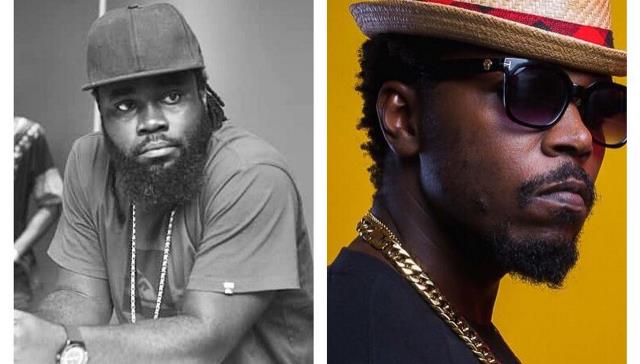 Rapper Yaw Grey has punched Kwaw Kesse again as he throws him out of his top 10 rappers in Ghana.

In a discussion on Sammy Flex TV’s “Showbiz Daily” Sammy Flex asked, if lyrics in “diss” or “beef” songs should be taken serious or lightly for entertainment purposes? Rapper Yaw Grey in response said lyrics in beef songs are serious to those involved but the fans see it as a game and entertain themselves with it.

According to him, when an artist is in a lyrical war, their own people around them supply information to their opponents not knowing that some of his/her people may not love him/her as they claim.

“That’s what happened when I was beefing Kwaw Kesse. His own people supplied me with more information and I also knew a lot about him already that’s how come I was able to punch him hard”, he revealed.

Yaw Grey in his letter to Kwaw Kesse made a statement like “you will not be part of my list”. Explaining that statement, he said if he is to mention his top 10 rap artistes in Ghana, Kwaw Kesse will not be mentioned but will qualify to be among the most hard working artistes in the industry.