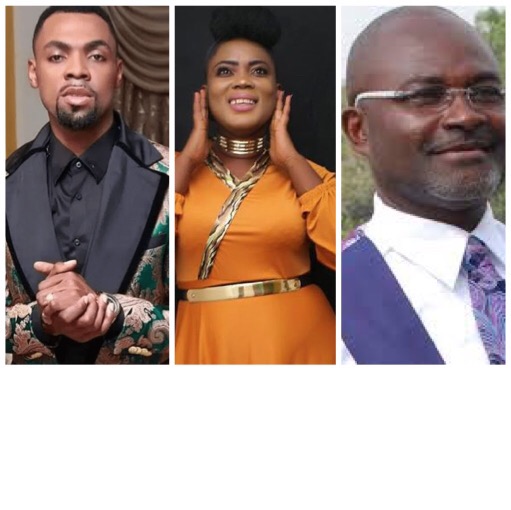 Though expectations are high on this one especially after the Obinim, Nigel Gaisie and Cecilia Marfo`s expose`, both Obofour and Kennedy Agyapong have revealed their unpreparedness for this clash until something different happens. An interview on Sammy Flex TV by a gospel artiste has revealed that Obofuor and his congregation know how to deal with this Kennedy Agyapong scare should it happen in the first place, though they are not ready to fuel anything since they believe in spiritual protocol.

Perpetual Didier was on Sammy Flex TV to defend her actions in the studio of Kingdom FM when he appeared on Fiifi Prat`s programme to promote her songs and the promo almost ended in fisticuffs with Papa Shee. She was vociferous on Papa Shee for saying that Rev. Obofuor was not a genuine man from God live on the radio.

The complete narration of the happenings in the studio, how Obofuor intends to deal with Hon. Kennedy Agyapong and again how a wrist band belonging to Obofuor`s church saved her from robbery attack and rape threat is on Sammy Flex TV. Remember to subscribe for more.