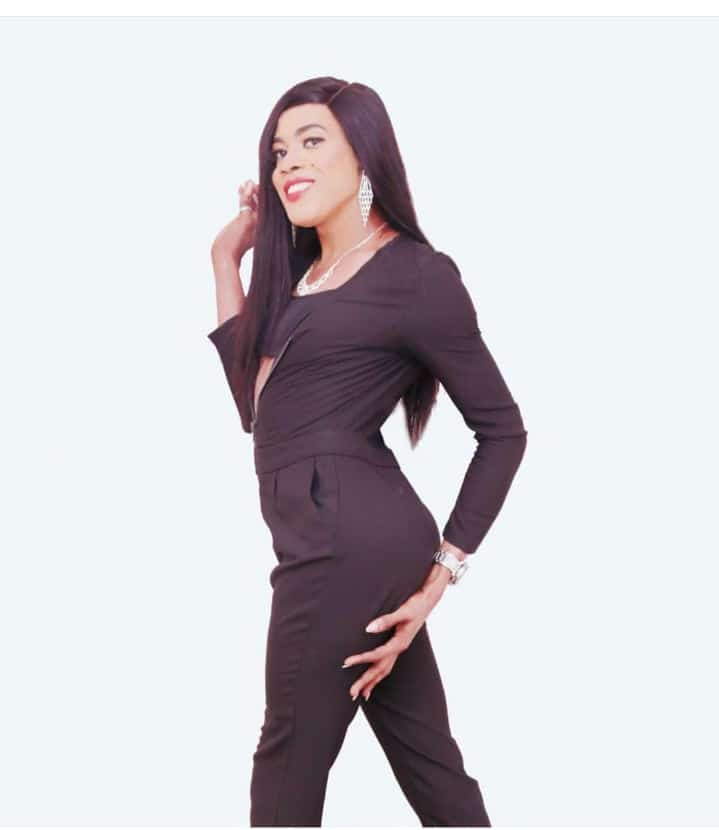 The year 2020 seems to be winning all the accolades one can think about in recent times. The year has proven to be very popular the moment Covid 19 pulled up its ugly face against humanity and mankind is still struggling on how to wrap its head around it. The Covid experience has managed to make everything else happening in the year meaningless and without value.

We were looking for survival when in the middle of 2019, a transgender musician called Angel Maxine surfaced with some stories which were considered weird in our culture though many are yet to pay attention to the details she has been putting out. Just stay tuned for more because we have just done half of the year 2020.

When the man turned woman had her turn on Showbiz Daily on Sammy Flex TV, little did we know that she is still struggling to keep up with what she has decided to do despite the fact that she is extremely determined to achieve her aims and objectives. She outlined hypocrisy on the part of some Ghanaians against her new found love, discrimination at some places including the church, having issues with the ever growing beard and many more. Angel Maxine revealed to the host Sammy Flex how she has been keeping this desire during her school days at the Koforidua Polytechnic as a student performer. “It has not been easy for me in this journey but i must say that, i don`t really care about what people say about me anymore because i also have savage answers for such people anytime they come at me” she revealed.

Despite the struggles, the musician is promoting a beautiful Afro Beats song called “Dedeede” which does not come with a video. Flex Entertainment Ltd promised her a video to the song she performed in the video below.