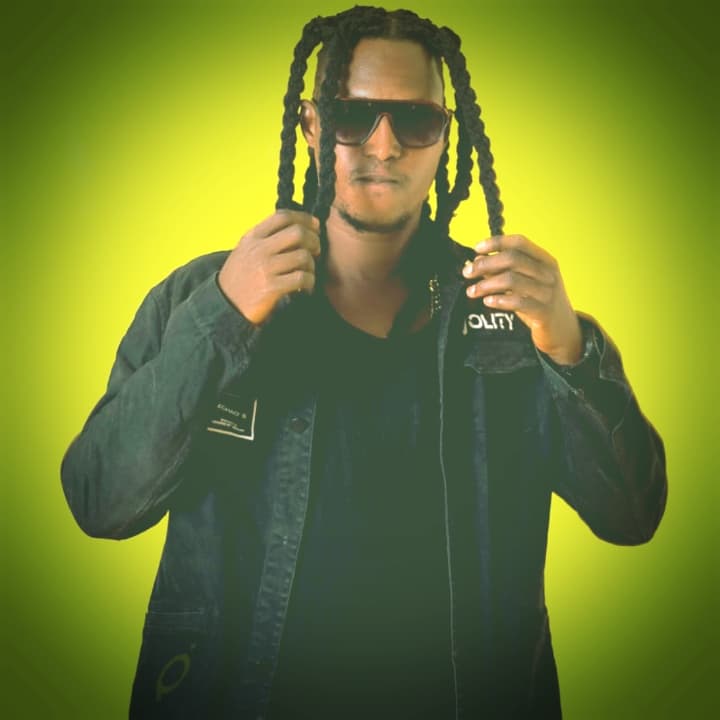 OC Akonfem, a Ghanaian musician who hails from the Upper East region of Ghana has revealed how a lady based in the United Kingdom fell for him after hearing his songs.

Somewhere last year, Akonfem had an issue with his girlfriend concerning a video called “Your Body” which the girlfriend sponsored because of the love they shared. But it seems after the video was successfully done, the relationship also sunk. This made the lady angry as she demanded for her money she invested in the “Your Body” video.

On Sammy Flex TV’s “Showbiz Daily” with Sammy Flex, OC Akonfem claimed he even got a good deal after he came to clear the air concerning the issue stated above. According to him after clearing the air on Sammy Flex TV’s “Real Talk”, a lady from the UK who sympathized with what he said about what transpired to their break up and how his ex had been demanding her money from him decided to assist him pay the money he owed her.

“The UK Lady called me after the interview and demanded the said song my ex invested in, she fell in love with the song and requested for more to confirm if truly I’m a musician. After listening to all the songs I sent to her, she promised to pay the money and she did with extra” he added.

Watch the full video in the link below when OC Akonfem appeared on Showbiz Daily on Sammy Flex TV.