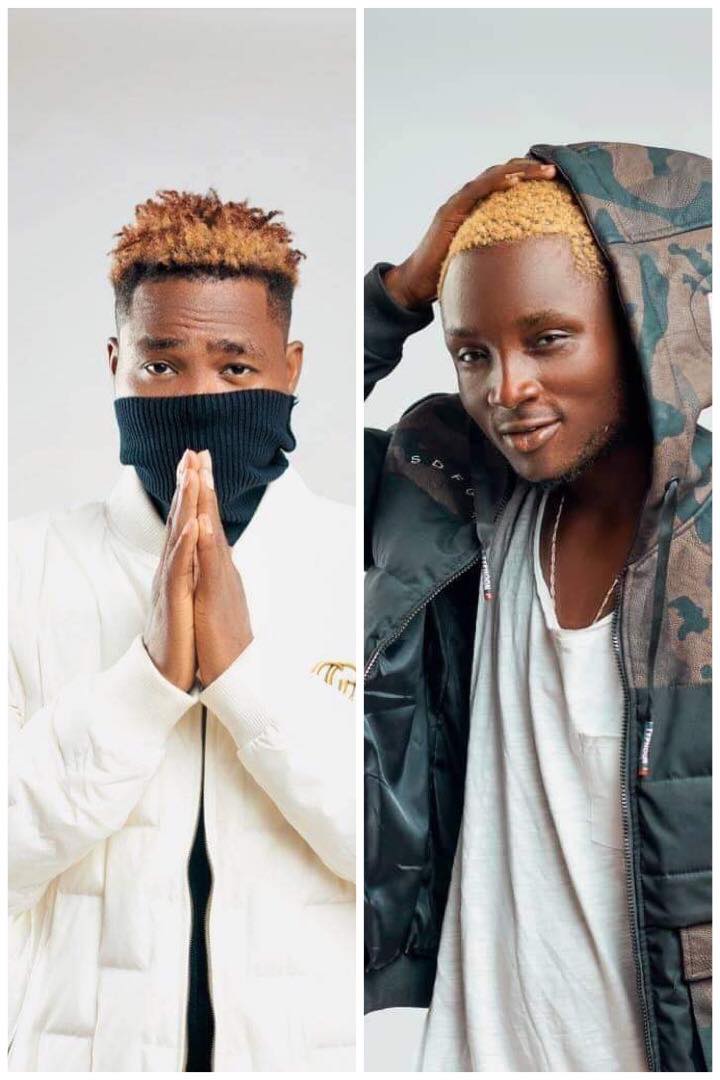 Ghanaian up and coming arts T-Ben and Gaeta King have bragged a lot about how rich their record label “Money Talks Entertainment” is treating them as big stars already in the music industry.

Giving out the meaning of their “Money Talks Entertainment” Record label on Sammy Flex TV’s Showbiz Daily, Gaeta King said the label can boast of enough Capital (Funds) to do all the needful to project their works to the top, that is why the name Money Talks.

Both Gaeta King and T-Ben revealed they are the first artistes signed to the label and to them, they are going to be with the label forever since their contract is for life. Though as individual artistes on the label, they have released a jam titled “Come Online” Ft Medikal under “Money Talks Entertainment” and have promised their fans a video of the song soon.

Watch their full interview with Sammy Flex in the link below on Showbiz Daily recorded live from Sammy Flex TV.