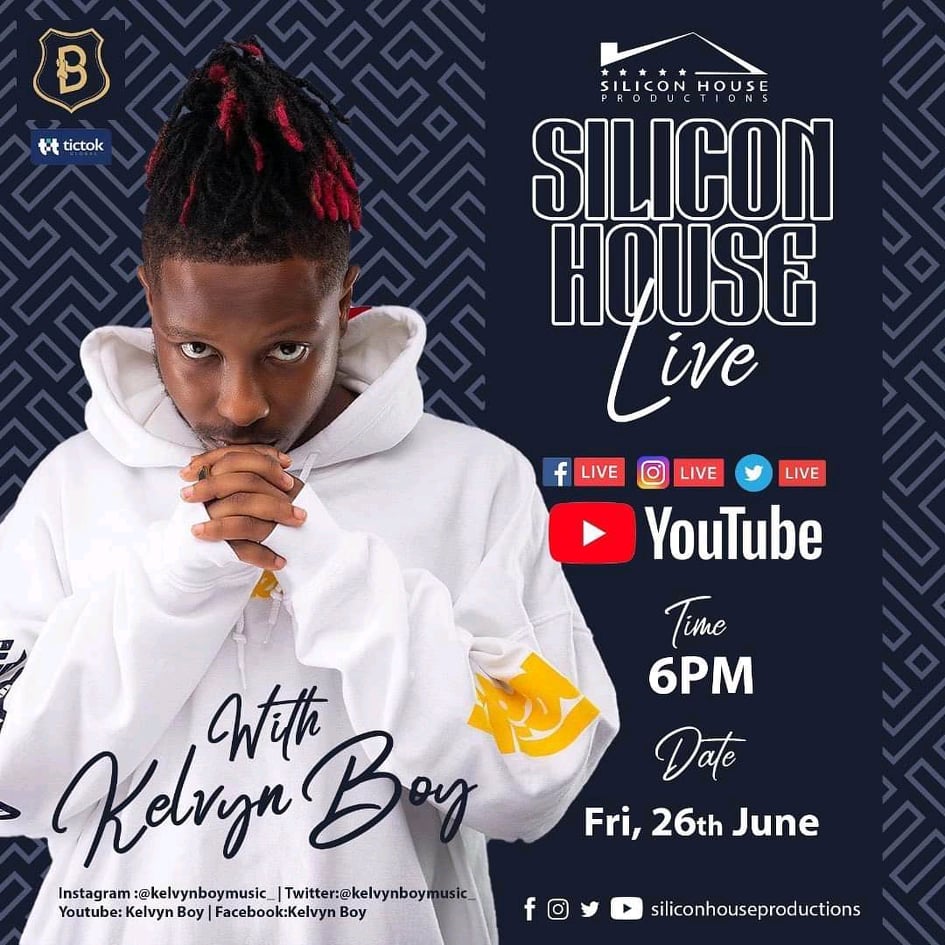 It seems Black Arm artist Kelvyn Boy is not broken yet after all that happened to him at Ashaiman last Monday. To those who have no idea of what happened, this is a gist of it. Kelvyn Boy was attacked by an alleged Stonebwoy’s former body guard at Ashaiman for playing a show on the land without consulting the leaders of the land and again for speaking against Stonebwoy’s Ashaiman To The World Concert.

Despite the brouhaha, the “lailai” singer is still fighting and working hard not to allow anything to bring him down.

Kelvyn Boy is about to rock his fans in a Virtual Concert on his YouTube channel and all Social media platforms at the “Silicon House” with his band tomorrow Friday, 26 June 2020 @6pm.