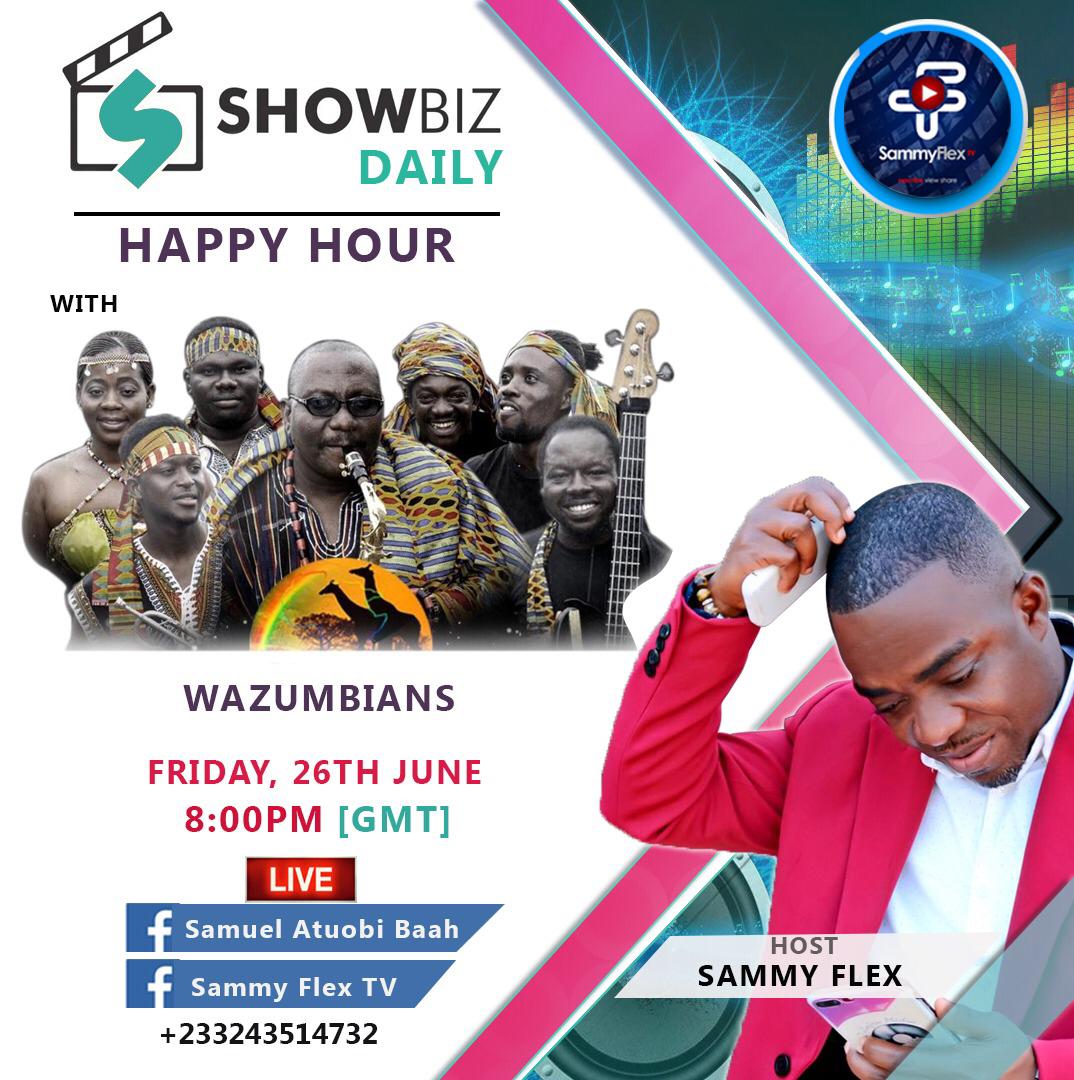 As part of their desire to continue contributing to the music industry in Ghana, the producers of Showbiz Daily on Sammy Flex TV has introduced what they call the Happy Hour session on Fridays. There are some videos available to prove these performances after their live sessions streaming on these Facebook pages Sammy Flex TV & Samuel Atuobi Baah.

Showbiz Daily is a daily entertainment platform created by Sammy Flex and his team to discuss pertinent happenings in the entertainment industry in Ghana every week day evening at 8pm. The show airs live on Facebook from Monday`s through to Friday`s with different guests appearances and pundits across all the disciplines in the showbiz industry. So far, all the best in the country have made appearances on the show with different celebrities as well.

After close to three months of producing the live content, the producers have added another segment on the show called the Happy Hour session where live performances are held. The performances are either with a live band or play back also called miming. So far, two bands have performed on the platform namely Dela Botri & the Hewale Band who opened the flood gates and The Wazumbians Band led by Wazumbi. Both bands are international acclaimed and have performed in different countries around the world.

The subsequent weeks are going to be exciting as more bands are registering to be part of the performances. Interested bands and performers can also get in touch with the production team via flexxnewspaper@gmail.com and 0243514732 locally before the borders will be opened for international bands to be featured.

Watch both full performances in the video links below and subscribe for more.