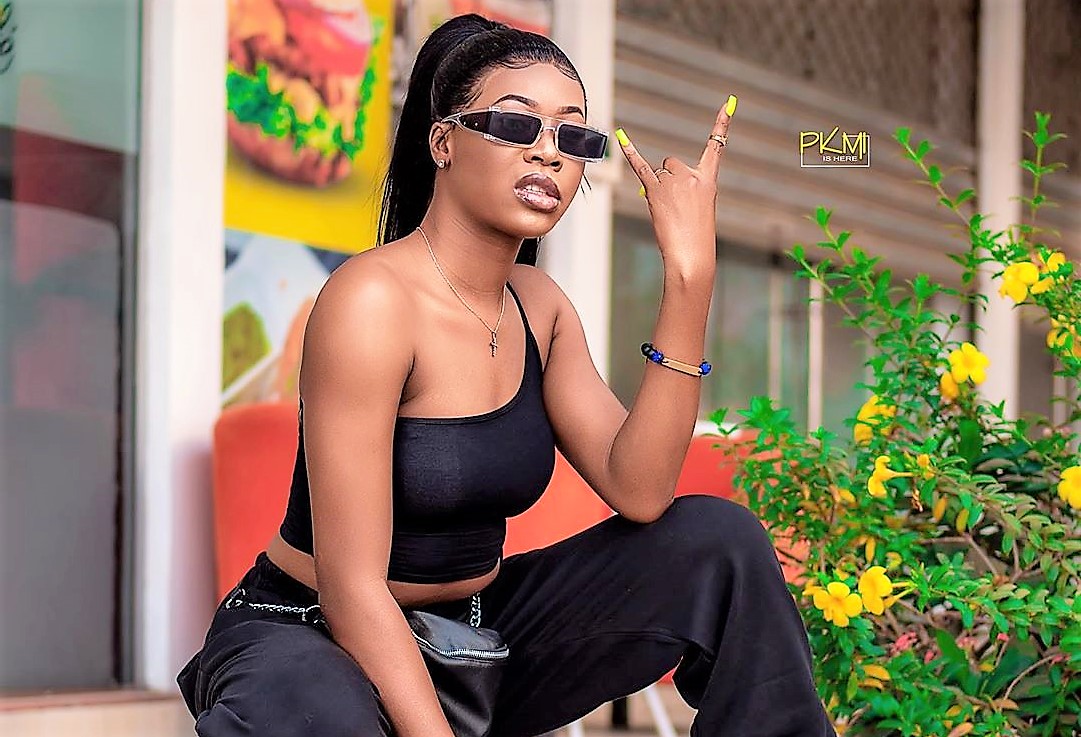 Freda Baffuor Awuah, a Ghanaian female rapper with the stage name Freda Rhymz has disclosed how she benefited from her just ended beef with Eno Barony and Sista Afia.

On Sammy Flex TV’s Showbiz Daily, she revealed that before the beef, her views and following were not that encouraging but after the beef her following and views shot up (increased in number). Again, she revealed to the host she has been getting more deals and recognition than before. The point of correction diss song maker admitted people have gotten to know her more through the “beef”.

In other news, whiles some rappers are complaining there is no money in rap music and diverting to do more commercial music, Freda Rhymz is saying otherwise.

According to her, she is making money from rap and that she even got her car through rap. Finally, Freda Rhymes admitted beef is very good for the music industry because it brings a lot of benefits to every artiste involved.