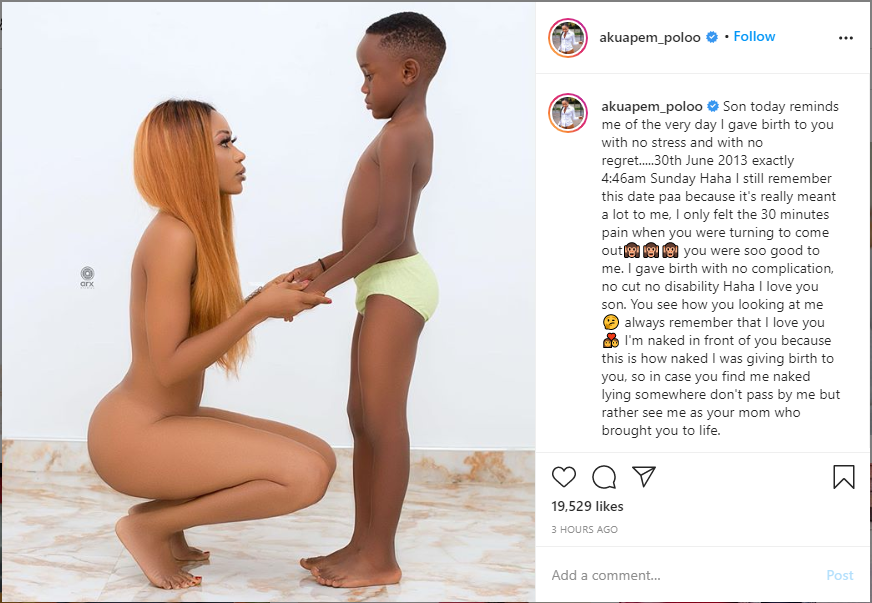 Rosemond Brown, a Ghanaian model and singer with the showbiz name Akuapem Poloo has finally admitted that what she posted on social media involving her minor son was wrong and has apologized to Ghanaians.

Akuapem Poloo received a lot of backlash on social media for going naked in front of her son to celebrate him on his birthday as he turns 7. A Child Rights Organization also wrote a letter to the police to invite and investigate what inspired her to do so by involving her son (minor) in such an act.

Akuapem Poloo yesterday deleted the nude picture she posted on her Instagram page before 5pm. In a new video circulating on same medium (social media) where she posted the picture, she sincerely and profusely apologized to Ghanaians asking for forgiveness and promised not to repeat such an act.

According to her, she was just sending a message to children who don’t regard their parents and had no bad intentions for posting such a picture as other people think. Watch the apology video here in the link below via Instagram.