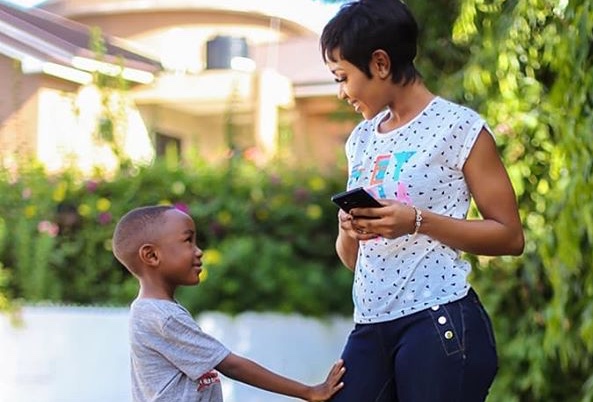 Since yesterday morning, Akuapem Poloo has not rested in peace over the nude picture she posted on social media involving her son who was celebrating his 7th birthday.

On Sammy Flex TV’s Trendz Today, Lapigee who was in defense of Akuapem Poloo gave the meaning of the post she did but many still thought it was a needless one.

Lapigee in his opinion said Poloo went naked in front of his son on his birthday to tell him how much she loves and cherishes him. Again, she was trying to send a message to children who don’t regard their parents to take their mum`s as they are, no matter what.

Nana Reagan of Beef Nation fame on the other hand, who condemned the act of of Poloo said it’s going to affect the child’s future and that can also influence the child to become a “rapist”. In that, he will practice what her mum teaches him. “Fact is that it’s not right for the the mother to involve the child without his consent” he added.

The heated argument that lasted for about 30 minutes duration was moderated by MC Berimah of Sammy Flex TV fame and it is a must watch video. The link of the full video has been provided here in the link below.