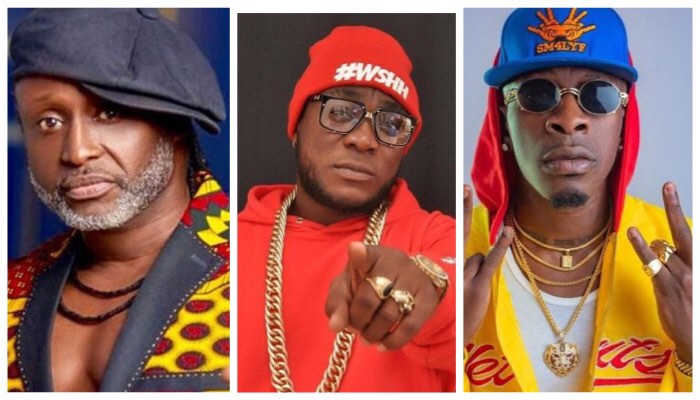 Nhyiraba Kojo is a house hold name in our music industry with a couple of hits under his sleeve since he started his music business from Takoradi some years ago. After enjoying stardom and any other thing that came with it in Ghana over the years, he has decided to ditch music for some reasons best known to him.

Chiefly among the reasons is the fact that he thinks today`s music does not pay and that there is no future in music after all. Due to that, he started massive investment in restaurants, night clubs, shisha joints, cold store business and latest is his real estate development. www.sammyflextv has seen some of his investments before and we can attest to the magnitude of the edifice.

In this interview on Sammy Flex TV`s Real Talk segment, the man who has developed a sudden love and interest in the works of men of God has put out some revelations worth talking about. Though he worships with Prophet Badu Kobi`s Glorious Wave Chapel, he thinks any other man of God who condemns a colleague in the ministry professionally is not genuine but evil.

“I watched a video of Papa Shee condemning some men of God in a radio studio and i was sad after watching it. When did Papa Shee start judging other men of God? How did he know that they are not real or they are not from God. Such people should not be tolerated in our industry at all. That was sad to me because we wont see a Muslim condemning another mosque. That will never happen but Christians have allowed themselves for that to be happening to us and its sickening” he revealed.

Nhyiraba Kojo also touched on the Shatta Wale vrs Reggie Rockstone`s saga adding that Shatta Wale should not be comfortable saying that today because it can happen to him tomorrow. He admonished Shatta Wale and advised him too in the interview.

The rest of the interview is on Sammy Flex TV. Watch it and subscribe for more.