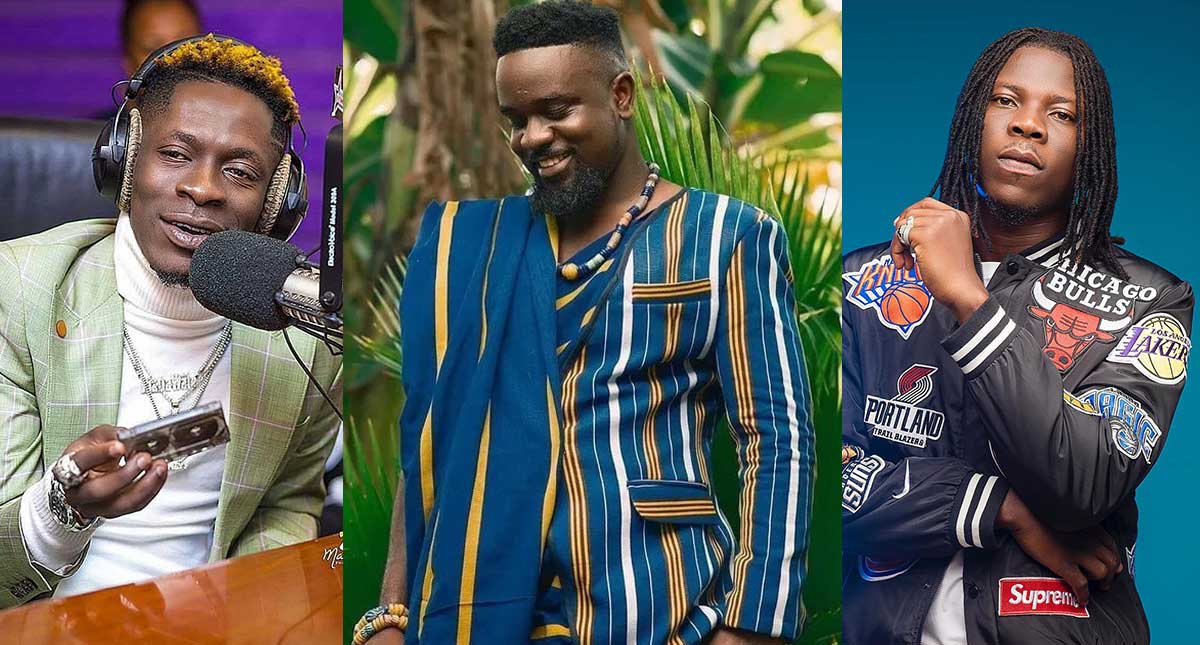 A former member of 2Toff America Red Eye has narrated in an interview how he supported the careers of some of the greats in our music industry now namely Sarkodie, Stonebwoy and Shatta Wale. He has therefore cautioned them about the end of their reign since he is making a great come back.

He revealed that all these artistes came to him at a time many were not even ready to deal with them, but he saw the potentials in them so decided to help them with recordings and featuring. He recalled an instance where Ogunzkele told Sarkodie to go learn more before coming to him for any recording business. “Though Ogunz was not ready to record with Sarkodie, i asked him to enter the booth to sing his song and after he was done, i completed it for him” he noted with other examples of when he came through for Sarkodie.

In the case of Shatta Wale, Red Eye talked about him introducing their album with some patois vibes and interestingly he still remembers any line that was used in there. “Shatta Wale was that guy who had too much fire in him in his early days. I still remember his lines on our album doing the introduction for us. I am so proud of them though” he revealed.

He also revealed the early days of Stonebwoy when he recorded a whole album free of charge for the BHIM Nation president. “When i met Stonebwoy, he had left Highgrade and looking for some assistance to record an album. Because i was also an artiste, i told him the best i could do for him was to record for him for free and i did that on his Grade 1 album. I recorded 9 tracks all for free and i asked him to go look for help and he survived” he told Sammy Flex in an interview on Showbiz Daily.

Red Eye has released a new song titled “He has done it” delivered in a more gospel vein. In the song, he talks about the goodness of God and how he has protected him after going on a 10- year hiatus in the music industry.

Watch the video below for more from the interview on Sammy Flex TV page on YouTube whilst subscribing for subsequent videos.