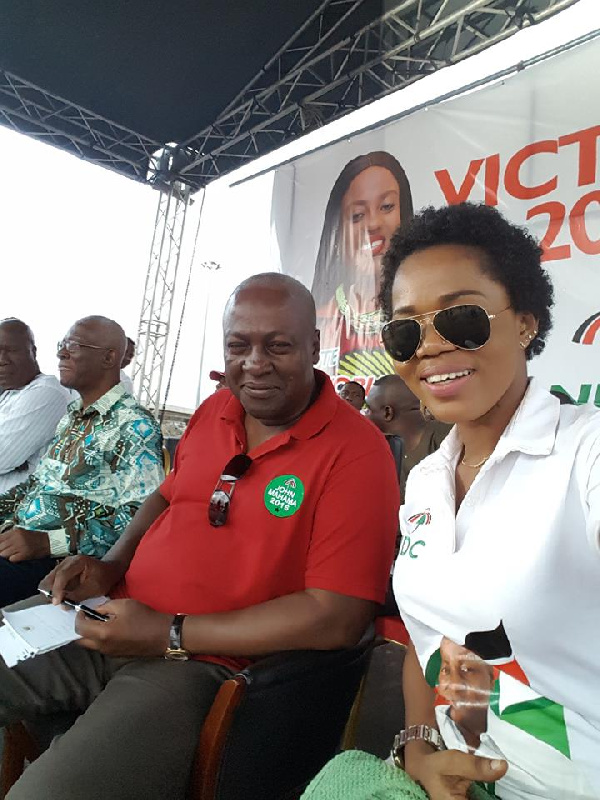 Popular hiplife artiste MzBel has explained her love for the Jerry John Rawlings founded political party, the National Democratic Congress (NDC). The singer told Ato Kwamina and Frema Adunyame on the Upside Down show on Citi TV on Sunday evening that the NDC is a religion for her and a language she speaks.

“I was born into NDC. I grew up knowing NDC and no other party. I grew up with my mom in James Town and everybody around me then was NDC. I grew up like that. NDC is the language we speak” she said.

According to her, she grew up in James Town in Accra and everyone around her was NDC and that she recently realized her dad is NPP. Explaining her relationship with the former president John Dramani Mahama, Mzbel said Mr. Mahama is not a friend but like a dad to her.

“Former president Mahama is like my Dad. The way I talk to him, I can’t talk to my Dad like that because my dad doesn’t give me the room to flow with him. I didn’t know my dad was NPP until I shared a broadcast on JM’s achievement and what NPP government is not doing right and my dad replied asking me not to send him such foolish stuff again. So I was wondering, what foolish stuff? Because I never sent him anything like porn or comedy. So I went back to my messages to check what stuff he was talking about. Then I realized it was those politics broadcast I have been doing. He told me not to share anything NDC with him. So he asked me to block him and I did. I was so upset” she revealed.