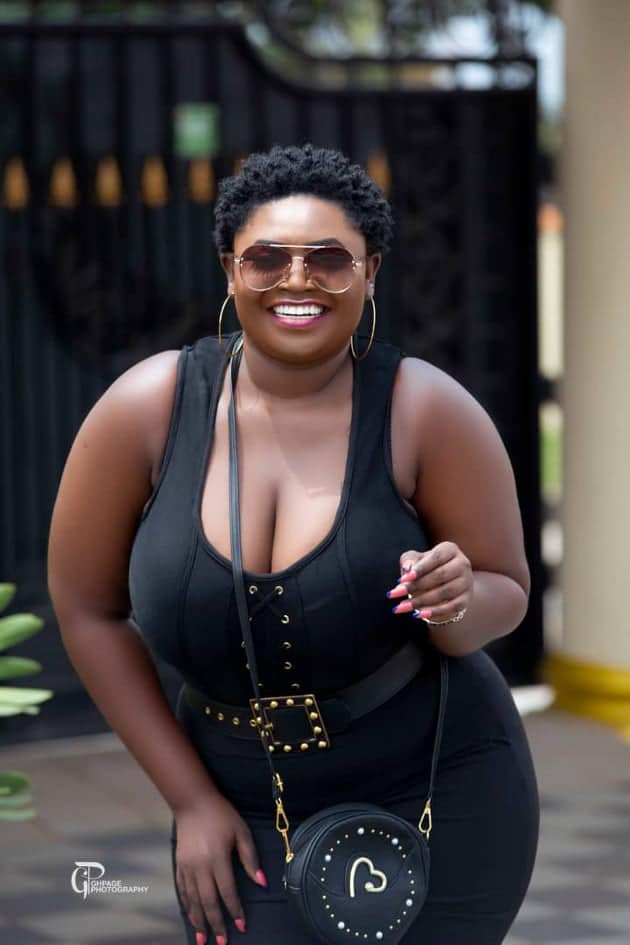 Ghanaian Kumawood actress Safia Haroun known by the showbiz name Safina Haroun has revealed what happens to most up and coming actresses in the movie industry before casting in an interview on Sammy Flex TV.

There have been a lot of rumours out there that leaders in the movie industry demand sex from up and coming actresses before they give them roles. Interestingly, most of these leaders have debunked such allegations with the exception of actor Big Akweis who has never denied such allegations.

Yesterday on Sammy Flex TV’s Showbiz Daily, Safina who is also an actress in an interview with Sammy Flex said almost all the leaders especially producers and directors in the movie industry demand for sex before giving ladies roles to play and to them, the more you give in, the more you get roles which will in turn increase your chances of popularity.

According to the big butts and heavy chested actress Safina, she hasn’t been a victim of that yet if not she would have blown or become more popular in Ghana and will be rubbing shoulders with the likes of Jackie Appiah, Nadia Buari and the McBrowns by now.

In other news, Safina even in this Pandemic era has tried her possible best to produce her own movie titled “One Night Stand” which is yet to be released on all the major online movie platforms.