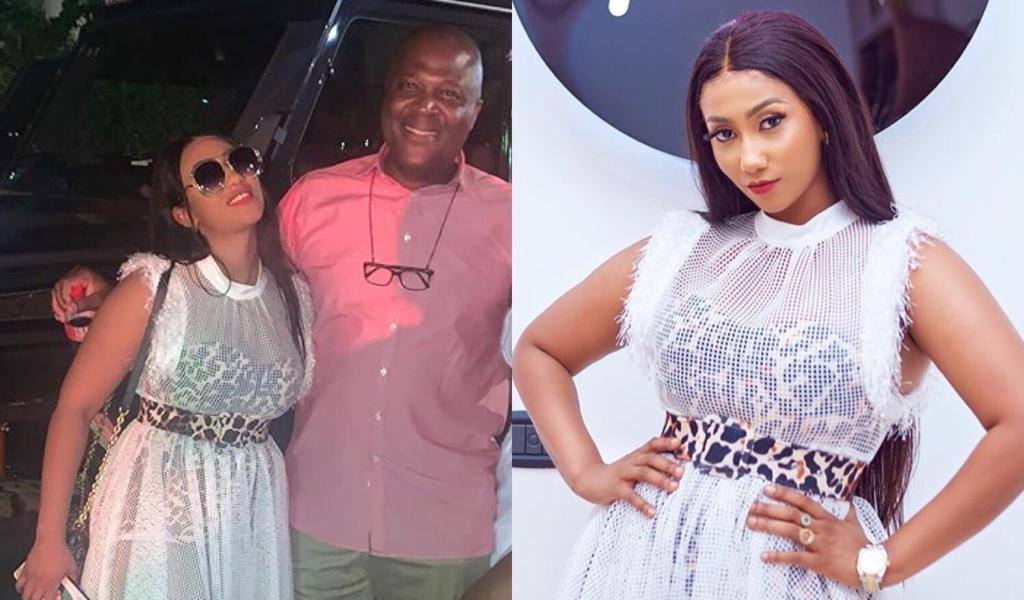 Entrepreneur and social media influencer Mona Montrage, who is known publicly as Hajia4Real has reacted to speculations that business mogul Ibrahim Mahama gifted her a Range Rover on her birthday. The goal-getter said she bought that car herself to celebrate her special day.

“I planned my birthday with my friends and family and we did everything together. It went well. It cost me a couple of dollars and it was amazing. It was something I had planned for a longer time. It was my birthday and I felt I deserved to celebrate it to the fullest and I did just that” she told Oheneba Nana Asiedu on the “One On One” show on Wontumi TV.

When asked whether she received a car gift, this is what she had to say: “Yes I got a car. Ibrahim Mahama didn’t buy it for me. I bought it for myself. Personally I don’t know him but you know as a northerner and like I said, I wanted my birthday to be dope so I sent out invitation to him. But he didn’t even respond but ended up showing up for a short while, had fun and he left and that was it” she noted.

Responding to how she could get Ibrahim to attend her birthday party, she added that; “Ibrahim is a northerner and we the northers really look up to him. I have family friends that know him so I sent the invitation through them and that was how come he showed up. I am sure maybe they had put pressure on him to just show up. It`s really funny why he’s the only person people keep talking about because he wasn’t the only man there. I don’t understand why everybody is like Ibrahim, Ibrahim, Ibrahim has bought me a car and all that. Honestly I’m surprised. Because there were a lot of guys there. So why not any of them but Ibrahim” She queried.

Hajia who hinted she’s in her late 20s confirmed she has a 4 year old daughter. According to her, she wants the best for her daughter. “I want her to grow up to enjoy the best things in life. I don’t want her to go through some of the struggles I went through. I want the best for my daughter and I’m really working hard towards that” she stated. Reacting to how the youth calls for attention for themselves on social media, she said it is not necessary because personally she doesn’t do stuff like that.

“I don’t do anything on social media for attention. I do what I really want to do so I don’t know what to say to such people” she added. As part of the climax of her birthday party organised some few weeks back, Hajia had a plush mansion at Trassaco Valley Estate and a sleek Range Rover as gifts. In attendance were stars such as Efia Odo, Deborah Vanessa, Shatta Bandle, business mogul Ibrahim Mahama and many others.