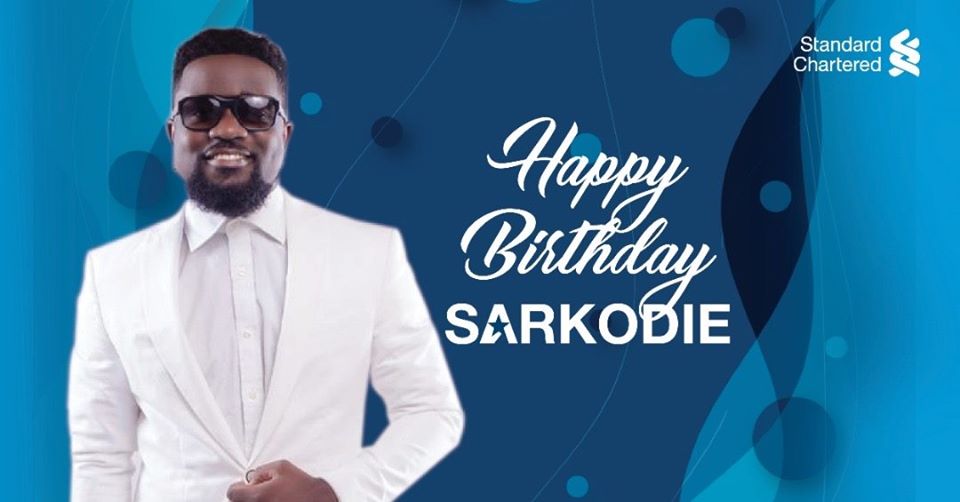 If this is not a record being set by Ghana`s King of rap Sarkodie, then i am waiting for more evidences of some one or any entity in Ghana that has controlled Twitter like he has on his birth day. In fact, i now understand why the wife of Sarkodie Tracy Sarkcess was getting impatience when their lock down in the USA was being extended.

Today 10th July happens to be the birth day of the CEO of Sarkcess Music King Sark and Ghana Twitter could not keep quiet and calm on it. As early as 8am in the morning when www.sammyflextv.com checked, he was ruling all angles with different hashtags. Our visit to the bird app this morning has revealed that the King has been ruling Twitter with seven different hashtags all in the name of the birthday celebration. Though it is not too clear if Sark will be climaxing the day with any special event or happening, but what is happening on Twitter is eventful enough to make his day complete.

To make the birthday celebration a memorable one like he does to the occasions he cherishes, Sarkodie has released a song and a video called “CEO FLOW” featuring E-40 whose video was obviously shot in the United States of America. The rate at which the views of the video is running is a clear testament that Sarkodie rules the internet coupled with his seven different trends on Twitter.

Some of the hashtags in the trends are #Longlivekingsark, #sarkodie, #sarknation, #longlivethehighest, #ceoflow, #happybirthdayking and #E-40 obviously due to the feature he did with Sarkodie. We at Sammy Flex TV also wish King Sark a glorious birthday with long life and prosperity.

Check a photo of the trends below.