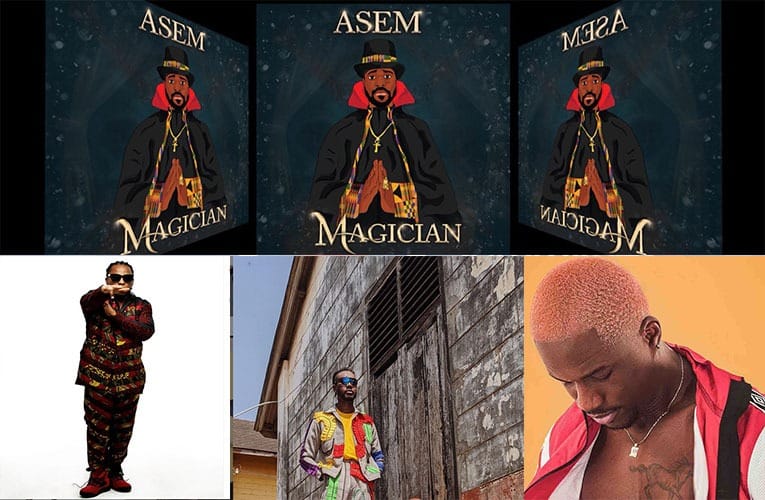 In recent times, ASEM has been poking some musicians for a lyrical “Beef” though no one is really paying attention to him to say the least. After Sarkodie gave him hard lyrical punches, some industry folks thought it was over for him since the connoisseurs of Ghana music industry ruled it as a total knock out ASEM could not recover from but guess what, ASEM is back!

ASEM has just released another “beef freestyle” on his twitter timeline. He went straight for Sarkodie on this one and after addressing Sarkodie with his lyrical punches, he then dished out some heavy punches to Medikal, EL, Edem, M.anifest, Joey B and Pappy Kojo.

The freestyle from the “Magician” is getting mixed reactions on twitter. Interestingly, there are mixed reactions to the song on social media. Whilst some music fans think it`s dope, others also think his rap is very wack. Now you have to watch the video on Sammy Flex Online on YouTube to judge for yourself whilst we have published some commentaries from tweeps for your consideration.