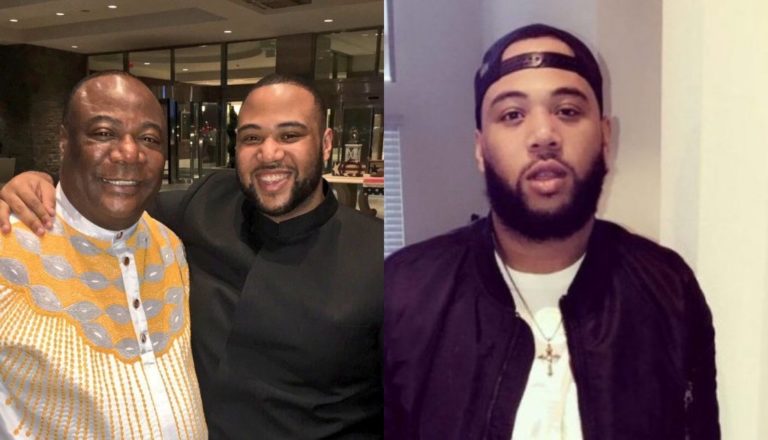 Some few months ago on social media (Twitter), Ghanaians witnessed series of posts (nude videos and photos) from Deewills, son of Archbishop Duncan-Williams circulating all over enjoying trends. During the trends, we saw a video of the man of God`s son smoking and twerking on the same medium (Twitter) which also went very viral because to some people, they never expected that from such a beautiful home.

Later, it was revealed by the family through a press statement that the son had gotten a “mental case” to handle. He was arrested by the US Police to make sure he calms down with all the naughty things he was posting on social media and again for medical attention. Information we are gathering says he has been freed now and enjoying maximum freedom hence starting the naughty posts again.

After the arrest, things became normal but it seems he is gradually going back to what brought him that instant popularity. On Twitter over the weekend, he posted that he needs a girl to spend some dollars on and Tweeps are suspecting that he might start messing up again if an eye is not kept on him. Comments from followers are indicators that all is not well with the gentle man again as many have expressed worry in their responses to him.