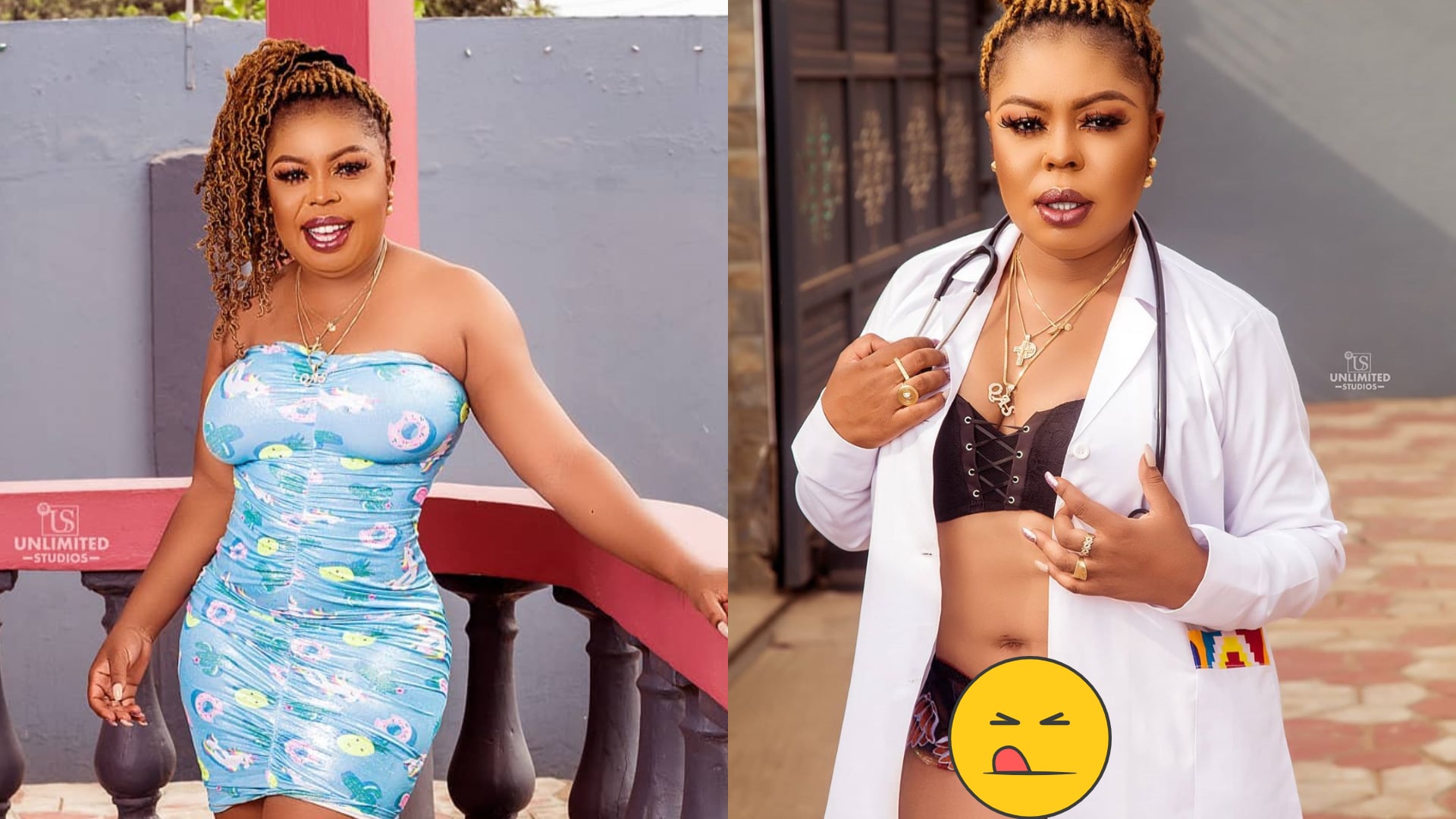 Controversial Ghanaian media personality Afia Schwarzenegger is advising the youth on social media not to feel pressured about the things these celebrities on social media show off with in their posts. She said most of these female celebrities are prostitutes therefore that’s how they make their money.

The outspoken comedian told Ato Kwamina and Frema Adunyame on the Upside Down show on Citi TV on Sunday evening.

“…and I tell them, most of the female celebrities on social media are prostitutes. They are practicing prostitution. They move from bed to bed, Monday to Saturday. Sundays are not excluded, they don’t give that to God. They go in the morning and come back late at night” she said.

When asked how she acquired all the material things she has today, Afia who was looking rich said she got all that through comedy, media practice and some other things she does.

“The house I have now, I can say Dr. Osei Kwame Despite gave me the money to buy it. It was a poaching fee. People think I was fired from Kasapa, I was poached from Happy FM to Kasapa. After 4 months at Kasapa, there were three radio stations who came in with offers to poach me. And you know, that gave me a bargaining power. So in the end, my father Osei Kwame Despite gave me money as a poaching fee and I invested it. I made Ghc35,000 as monthly interest. I saved the money for two years and bought that house” Afia revealed how she bought her house.

“When he poached me, he gave me a BMW X6 because at that time EIB had given me a Jaguar so I requested for a car of same class plus my small small salaries. I do other things apart from my salary. I run a bush canteen and i am a media personality. I run an advertising agency too. So that’s how I make my money. I’m now praying to God to bless me with a sugar daddy” she revealed.