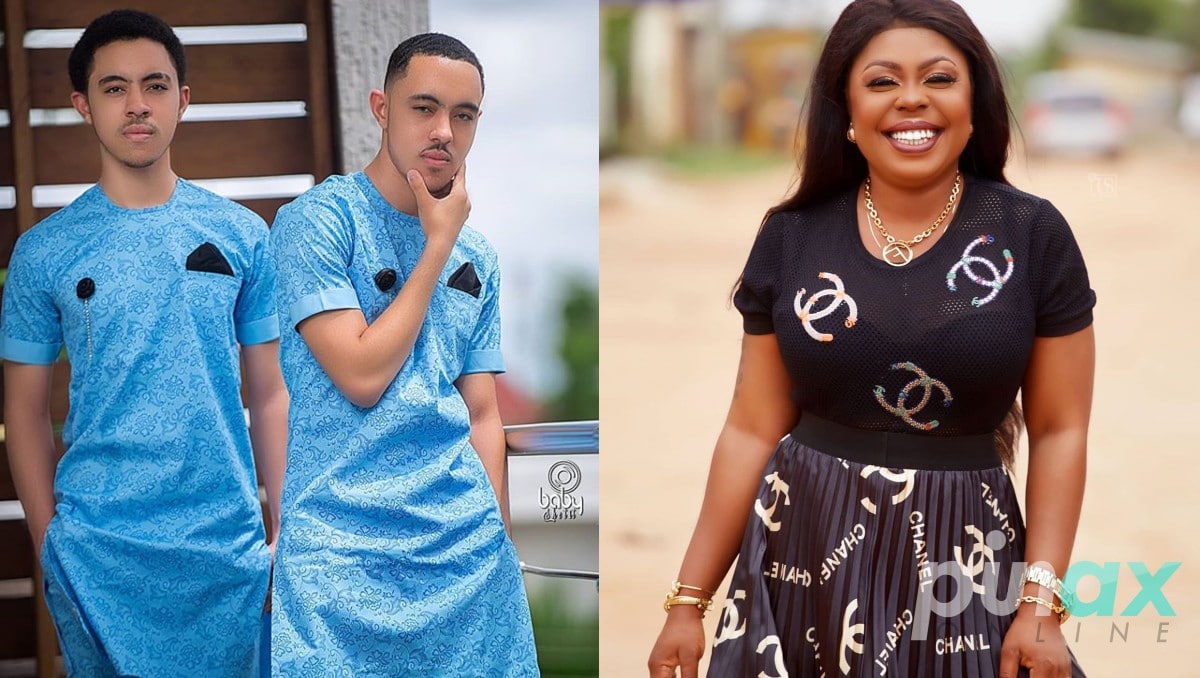 Controversial Ghanaian media personality Valentina Nana Agyeiwaa known in showbiz circles as Afia Schwarzenegger has a simple message for ladies out there who want to compete with her in fashion. The media personality and comedian says you will get yourself into a big trouble if you try competing with her because she doesn’t buy clothes.

According to her, she is being paid to wear everything she puts out especially on social media.

“I have said this several times on social media. I am one person who churns out the reality of being a celebrity and being a normal person. As I’m sitting here right now my dress is by Diva’s Trend, my hair is by Cutty Palour, my shoe and watch are by Zara Man. Somebody is paying everything I have. People pay me to wear their clothes and advertise for them. I don’t buy clothes. So why do you want to change your clothes everyday to be like me. I am a worker and I can tell you that most of the female celebrities on social media are prostitutes. I tell them, you see if you are married or dating a man who’s salary is five thousand Ghana Cedis, and you are making three thousand Ghana Cedis, how on earth can you afford a Brazilian hair every month? Except you’re a witch or you have some spiritual powers to get that for yourself all the time just like Obinim does” she told Ato Kwamina and Frema Adunyame on the Upside Down show on Citi TV on Sunday evening.

She further stated: “The reality is I don’t live a fake life on social media. That’s why I’ve got so much following on social media. Even if I’m eating, I let my followers see what I eat. I eat yam today, salted fish (Koobi/Momone) because that’s the truth. I don’t even remember the last time I ate fried rice. I’m paid to eat at restaurants. So if you see me and you want to be like me through dubious means, that’s your problem. People live all sorts of fake lives on social media. If you are influenced by that, it means you don’t have a vision. And I tell the youth, the young girls, I am 38 years old, I’m not young. I was once 22, been a youth before and engaged in all manner of youthful activities, there’s nothing wrong with it. It is just to build you. There’s nothing like an independent woman. You can buy what you need, you can afford where you want to go, you can afford anything and trust me when you can afford anything you wouldn’t even need them” she added.