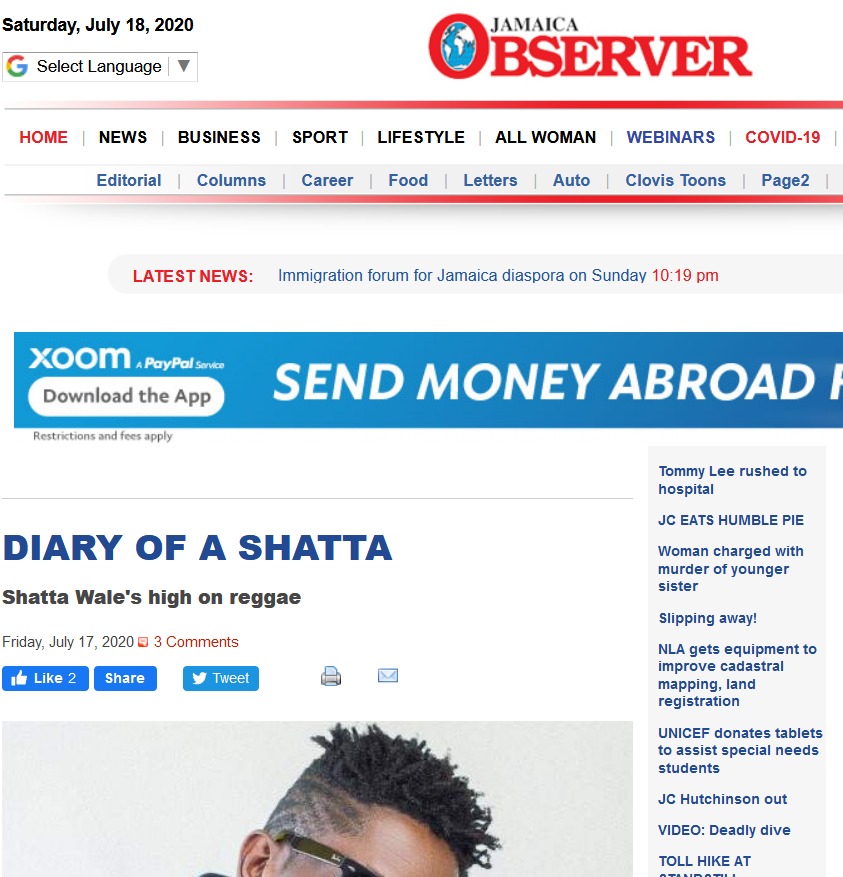 Ghanaian reggae/dancehall artiste and founder of Shatta Movement (SM) Charles Nii Armah Mensah popularly known as Shatta Wale has appeared in one of the top most Jamaican news paper.

Shatta Wale from the past months has been in the Jamaican news for all good reasons especially his feature on the Tropical House Cruise To Jamaica. This made Shatta trended not in Ghana alone but in Jamaica as well.

The Melissa hit maker has made it again by appearing in “Jamaica Observer” news paper, one of the biggest news paper in Jamaica and this is a big deal.

Shatta in a Twitter post has shown an appreciation to the Jamaican newspaper “Jamaica Observer” for a good work done.