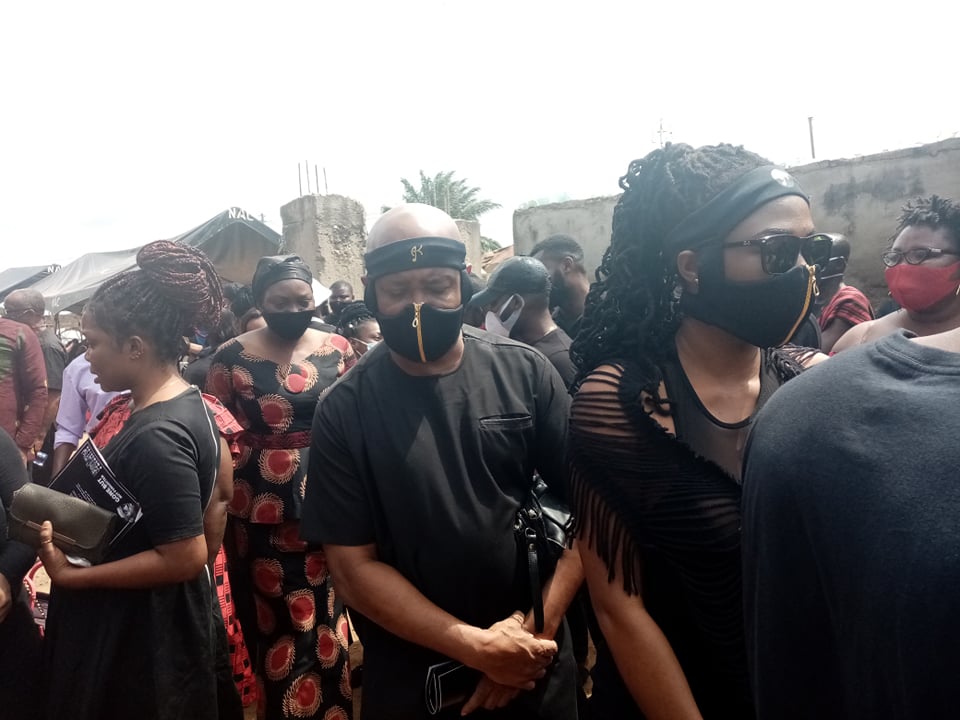 The funeral for the late Hiplife artiste Nukre formerly called Shatta Zolla has been held as residents of Pig Farm, Newtown, Nima, Kasoa and Maamobi where he was seen as a hero went wild to pay their last respect to their fallen street soldier.

He was interred with the family and street honours due him at the family house in Pig Farm on Saturday July 18. It was a big ceremony that was attended by family members, his manager Mr. Emmanuel Emmel Kwame Edem Doe-Bruce of EML Entertainment, and very few showbiz friends of the late musician including A-Plus, Okurasini Samuel, AK Songstress and manager Duke Banson.

The late Nukre was laid in state briefly on the compound for guests to pay their last respect before his internment in a silver shiny casket. The guests did little of social distancing but wore face masks in line with Government measures on curbing the spread of COVID-19. It was a solemn ceremony that saw family members in attendance pay their last respect during the laying in state proceedings.

The late musician died at the dawn of June 22, in a car accident on the N1 road. His songs focused on the hustle of the streets, love and compliments for women. His current song before his untimely death, “Obinim” has become an anthem in these areas particularly during the funeral.