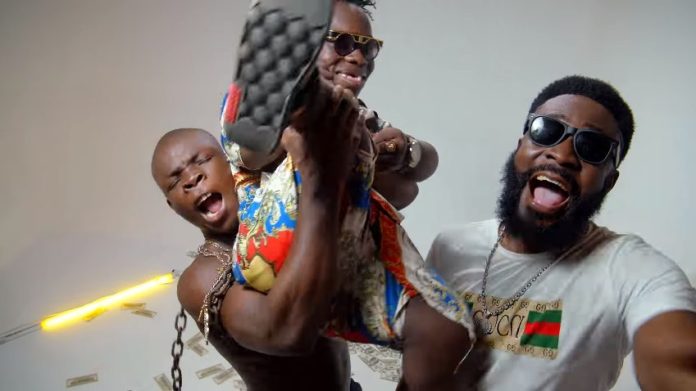 Ghanaian rapper and singer, a former member of the defunct group Ruff & Smooth has complained about how proud some Ghanaian artistes are in dealing with other artistes.

On Showbiz Daily live with Sammy Flex, Ahkan said it’s very difficult to get some top artistes to feature on songs since they feel proud and also full of arrogance if one approaches them.

He added that the pride and arrogance has rather brought disunity among Ghanaian artistes that many no longer show love to each other anymore.

Ahkan revealed that because there is selfishness, arrogance and pride in the music industry, it’s very difficult to get an A list artiste to feature on a song, reason he featured AY Poyoo, Ablekuma Nana Lace and Shatta Bundle on his new song without regrets.

“I featured them to prove a point because some Ghanaian artistes think music is all about being serious with your composition. Because of that, many are acting selfish and unnecessarily arrogant. Music sometimes should also put smiles on the faces of people by making them laugh as well” he advised.