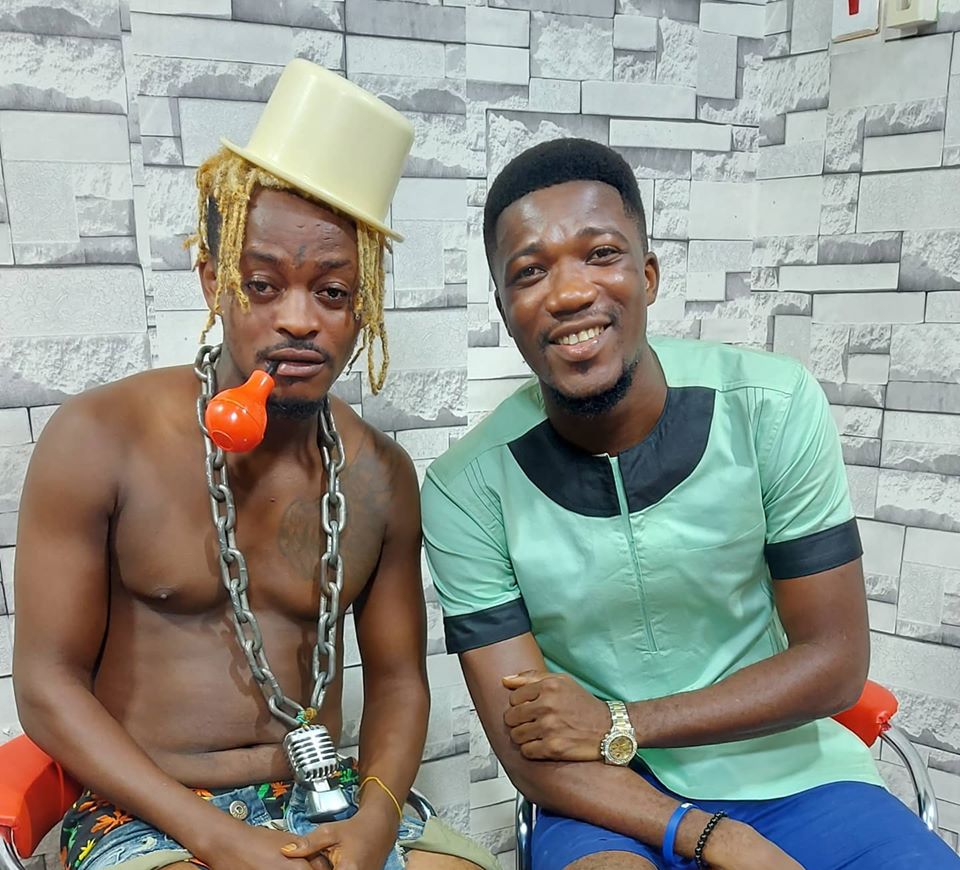 Ghanaian upcoming artiste 3y3 Guy has in an interview accused the self acclaimed face of GH rap AY Poyoo of brand theft. AY Poyoo is an up and coming artiste who has branded himself as a goat rapper, walks bare chested most often with a rusted chain on his neck and claims to be the face of Gh rap.

On Sammy Flex TV’s Showbiz Daily live with Sammy Flex, an artiste called 3y3 Guy who has also branded himself same as AY Poyoo told Showbiz Daily viewers and the world at large that he created the “Crazy Dressing” brand before AY Poyoo did.

“I did a song titled “Abodam” and after the track I had a linkup to Multimedia to meet Countryman Songo, Mike Gizo and DJ Awaanah but it couldn’t make an impact because there was no money for promotion. I later linked up with Eddy Blay of Kasapa Fm and from there I also had the chance to be on Okay FM’s “Bless The Mic”. I shot my video on the 10th of January just after I met all these people and in the video, I used a rusted chain as props portraying myself as a mad guy. I posted it on my social media pages because I had no management by then only to see AY Poyoo also dressing like that. So that’s how the brand started” he revealed.

He continued that “I saw AY Poyoo with the same brand within the lock down era granting interviews on radio. I was cool when I saw him in such dressing (brand) because I knew it was something I created and he was just tapping into it. My video came out on the 14th of January and AY Poyoo’s came out on 4th of March”.

Does the above revelations by 3y3 Guy mean truly that AY Poyoo and his team stole the brand and has refused to credit him on that? Discuss if you can!!!