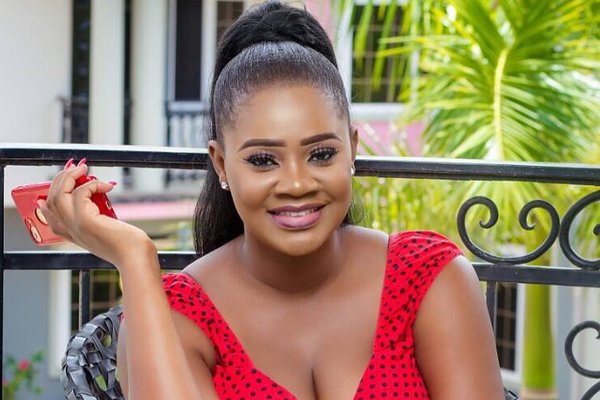 Calm, charming Ghanaian actress and movie producer Kafui Danku has released the trailer for her latest web series and the title ‘WTF’ is getting everyone talking. People have different meaning and opinions over the title but Kafui says it means “Why This Film”.

WTF? Kafui says the meaning is not exactly what is in the news but it means ‘Why This Film’; do you believe that?

The trailer was posted on July 25 via a YouTube channel owned by ABC Pictures GH.

“The story is a twist of fiction and reality about Juliette Asante, a filmmaker in “not” a fairytale marriage working on a film with influence from her experience, while she works on building her marriage, Nancy; her husband’s daughter breaks it”.

“She seeks to change the entire perception of marriage in a script she’s writing with the help of Ike Mensah, her witty playful and perverted co- writer. They spend days trying to convince the executive to believe in their story and to produce it as well. The Many characters and the story form the reality core of Juliette and Ike’s story, with a twist of fiction of what they wish life really was. What could go wrong if a man could write the script of his own destiny? A lot”!

“However, they break all writing rules, societal norms and standards to write this movie which gets their executive producer looking like WTF! Not exactly in the news. This means Why This Film” she explained.

You can watch trailer below: