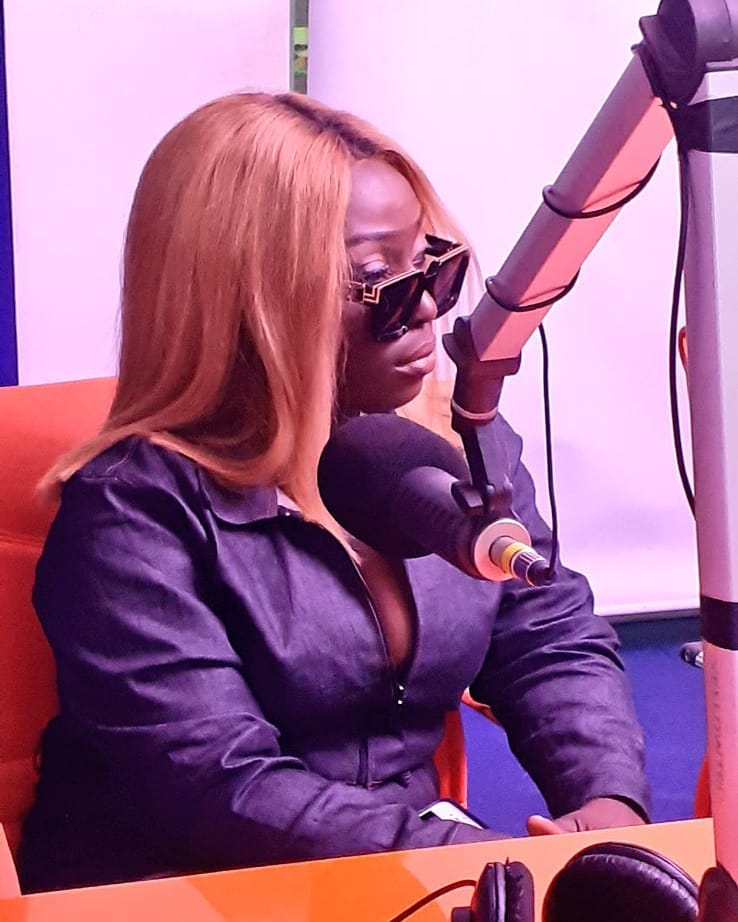 Speaking to Sammy Flex on Showbiz Agenda on Zylofon 102.1 FM on Tuesday morning, the rapper said she doesn’t have anything against them and fighting is not her thing but if a siuation like that comes up, she wouldn’t need a bodygaurd to handle it.

“I am my own bodyguard when it comes to those girls. I only have a bouncer when I am going for shows but not for interviews. I am a Zongo girl. Fighting is not the way to go but when that situation arrives, I will handle it” she told Sammy Flex.

According to her, she is very satisfied with every piece she put out there during their beef and there are no regrets so far. “It`s rap, I record and I put it out there. Since my rap days I don’t focus on any girl. My target was me and also for me to send out a message. That’s all”.

She added: “I don’t think there’s anything not right about me. Because I am one person who has actually accepted who I am and I am an advocate for plus size women so why should I feel there’s anything wrong with me? If God wants to create me again, I will come back like this again”.

The rapper said after the beef, her YouTube account has had more subscribers and increment in views. “After the beef, I have released “force them to play nonsense and cheat. I brought on Strongman for my plans. We are all working for success and my fans have been asking me to work with him. I brought Sister Derbbie on only to kill racism” she revealed.

Eno said recording beef songs and shooting videos during the Covid era was not expensive but scary. “I won’t say it was expensive but it was hectic. I was also scared because of Covid-19. You know to have people around you and can’t tell who is positive or negative was a heavy risk” she explained.

When asked if she thinks Shatta Wale can give her a monster hit, Eno said she doesn’t believe in anyone giving hits apart from God and the individual’s hard work. “I had a song with Shatta Wale before and it was a hit. Everywhere I perform that song, people sing along. I don’t believe in human beings giving hit songs. It is God. Because you can even record with a bigger artiste and if you don’t promote it, it won’t hit. When the right time comes, I will record with him again”.

The rapper is currently working with Magic Mind Music Record label. The label has a representation based in the US and the rapper has been with them for two years as she describes their working relation as positive so far.