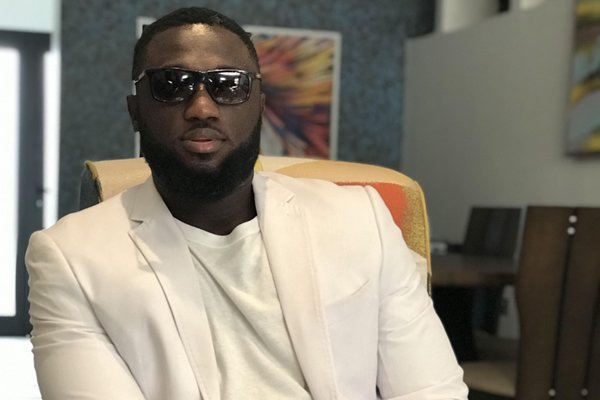 Responding to why he wept at one of his recent events on Showbiz Daily on Monday night recorded on Sammy Flex TV, MOG had this to say:

“I wept at my fifth album recording at Royal House Chapel because it was emotional for me. You know in my previous album recordings, I had little support and you know in this music industry it takes a lot of money to get quality music and he was there to give me that support financially. And not just that, he prayed for me, gave me connections, took me to the UK and US. We have churches over there, so he took me there for performances. Other churches also invited me. So leaving there, I had made some cash. I am not the only one enjoying this. Minister Kofy, Pastor Paa, Pastor Zeeta, Pastor Dzifa, we have Sonia and this is not once or twice. I can’t thank him enough. He is really pumping money into our music ministry” he made these revelations.

According to him, the church has had discussions to put together a system to have a record label and also an ultra modern recording studio. The singer who doubles as a pastor said details of the label will soon be announced. “We are about eight with a choir as well and the church is taking care of all of us. We use the church auditorium or a forecourt. We are also building a 21 thousand capacity auditorium for events” he revealed.

Touching on what he considers before responding to gigs from other churches, MOG said he is okay so far as the church preaches Christ doctrines. “For me, once the church is propagating the doctrines of Jesus Christ I’m okay. As an artiste, I don’t consider the numbers. Sometimes the smaller churches pay better in some cases than even the bigger churches” he noted.

He further explained how he got Sarkodie on his “Making It Big” song: “Well, my pastor is not too keen on who you want to record with. He is more character driven. He wants to know the person’s attitude, his heart for God and how he behaves. So when I told him I wanted to feature Sarkodie, he was like who is Sarkodie because he didn’t know him at that time. So his daughter was like Daddy I know him. He is a good rapper and then he said we can go ahead and record since he is a gentleman”.

When asked whether his songs are put out for evangelism purposes or for entertainment, MOG said his songs serve both purposes. “Because we can entertain the body of Christ so when people get bored, they won’t go out there to do what they are not supposed to do. It can also serve the evangelism purpose when someone listens to these songs. Let me give you an example, someone sent me a message saying he listened to my song with Sarkodie and loved my flow. After that, he decided to google about me to listen to one of my songs and after listening, he wants to go back to church after losing interest in going to church and that is evangelism” he added.

MOG is out with “Jesus” from his coming Experience album.