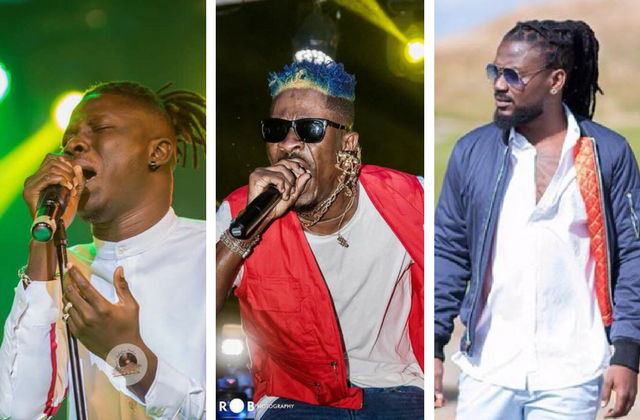 Dancehall mighty Samini on Tuesday in a Twitter post has ranted and called Ghanaians liars, adding that truth in our society is no more valued. He made this tweet because he feels Ghanaians are trying hard to side line him in the music industry when it comes to dancehall.

Some few days ago, Asaase Radio published a flyer on which Stonebwoy and Shatta Wale were facing each other in an upcoming clash titled “Asaase Sound Clash”. That poster obviously annoyed Samini as he felt he’s being betrayed by his own son Stonebwoy and again he feels a group of people want to take him out of the game by not making him part of the clash. He followed it up with a 12 minutes video where he fired some salvos to both Shatta Wale and Stonebwoy and that has gone viral generating heated discussion in our industry from different quarters.

According to him, it’s not right for Stonebwoy to clash with Shatta Wale because he sees that as a mismatch and not fair on his side since the Shatta fight is for him (Samini) and not Stonebwoy’s.

In a new twist, it seems his rant is gradually making sense to Asaase Radio now after one of Ghana’s finest bloggers Elorm Bennie on the “Rush Hour” show last Thursday with Elvis Crystal on Asaase Radio revealed that the winner of the “Asaase Sound Clash” would face Samini.

“@elormbennie – I like the whole idea of pushing dancehall to another level. Starting #Asaasesoundclach with Shatta Wale & Stonebwoy makes perfect sense. The winner of the maiden edition will face Samini”. Asaase Radio quoted Elorm Beenie in the tweet.

It`s not too clear whether this is what Samini is looking for but we are following closely to monitor his next comments after seeing that tweet from Elorm Beenie and Asaase Radio.