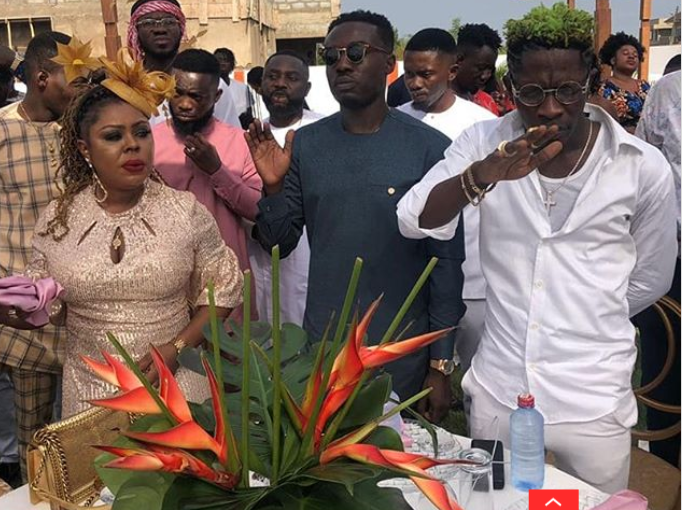 Many congratulatory messages have been put out by different influential people around the world, but one that has caught the attention of sammyflextv.com is the one from colleague musician and the president of AMG Criss Waddle. Social Media has really celebrated the feat of Shatta Wale from all quarters including politicians and business people around the world. Shatta Wale`s appearance in Beyonce`s already video has really catapulted his known popularity a notch higher.

Criss Waddle is obviously sending this message to counter some negative commentaries from some notable people like Pope Skinny who has also been a friend to Shatta Wale and the SM Empire before their misunderstanding. The AMG boss cannot just understand why some people have decided not to celebrate the SM boss Shatta Wale after his feature and his video appearance of the song Already by Beyonce which is getting all the attention in world music currently.

Criss Waddle shared this message on Sunday on his Facebook page and we are proud to share it unedited with our readers around the world. Read the post below as was shared on his timeline: It’s only People that have 666 living in them can say something negative about this pic,Wale has made Ghana proud,Wizkid did a song with Drake without Drake in the video and we all supported the song to become successful,our Ghana man do song with Beyoncé,This one self we see both in the video and we still want to be negative instead of supporting ah ba Ghana 🤣🤣🤣

Over the few years, Criss Waddle`s AMG Business team comprising Medikal and the rest have kept a beautiful working relationship with the SM boss, so it comes as no surprise the obvious support Shatta Wale is enjoying from the man who is known for his charitable works and benevolence.