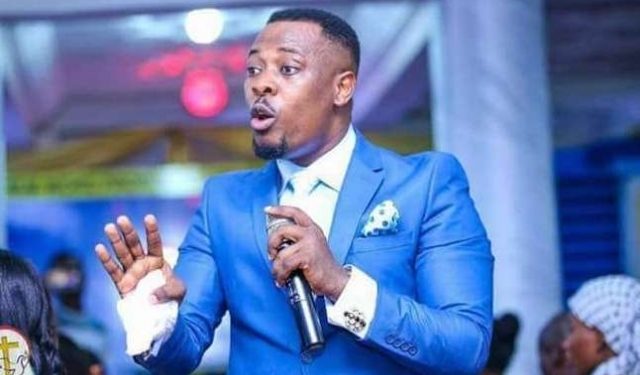 Prophet Nigel Gaisie, founder and leader of Prophetic Hill Chapel has warned singer Efya born Jane Awindor not to joke about his prophecies demanding that the musician sees a man of God as soon as possible.

According to him, the vision came to him like he was watching a television show and doesn’t necessarily need the singer to come see him. He said when prophecies like that come to you, it doesn’t really matter whether you believe in it or not. When you don’t do what is expected of you, you will have everything come to pass.

Though it is not too clear if Efya was responding to Nigel Gaisie`s death prophecy about her with her tweet yesterday which reads “I WILL NOT DIE ..”, the prophet insists that she fasts and sees a man of God for intervention.

“Someone will say Prophet Nigel says these prophecies for fame. If you don’t know me, what is fame? I have a TV station in 16 African countries that work 24/7 so what else do I need? Is it money?. I don’t have money but the little God has given me, it is more than okay for me. And how much does she even have? She should go and see a man of God to cover her and that will be all” prophet Nigel said in his video.

He further explained that when prophecies come, one needs to take steps about it. He added that you don’t have to sit down and argue or take it for a joke since it was revealed by God to him.