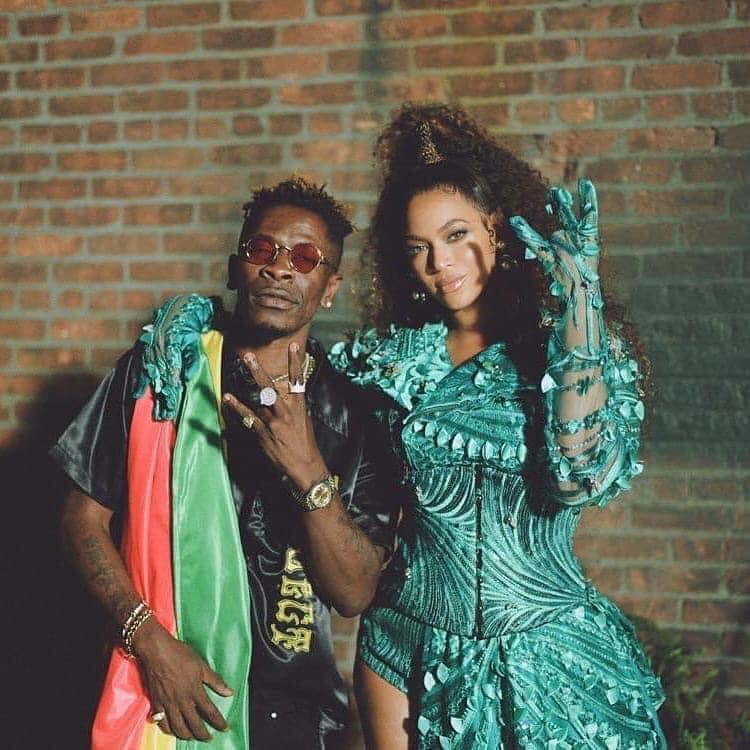 Shatta Movement fans and lovers of Africa’s dancehall king Shatta Wale have launched what they call a ‘State Reward For Shatta’ campaign to call on government to honor the musician for his success this year.

This campaign comes after few days of releasing the official video of the ‘Already’ song which had Beyoncé featuring the multiple award winning dancehall artiste Shatta Wale and Major Lazer.

The fans believe that Shatta Wale has achieved a great success with his feature which has put the name of the country on many lips in the world making him promote the country better than some appointed ambassadors. According to them, he deserves a special reward for this achievement and hopes that the president, H.E Nana Addo Dankwa Akufo-Addo rewards the dancehall artiste.

Below are some views and comments from some of these fans on social media:

FlexGermain: You have done what nobody has been able to do for Ghana music since Nkrumah era. You even deserve a statue !! #StateReward4Shatta

Don Walker124: Since we have only two sankofa Bird’s on coat of arms of Ghana, NAkufoAddo adding Shatta Wale “symbol of hope”, on it as #StateReward4Shatta won’t be bad for us ooOFolded hands because those who received award for artists of the decade are just aimless at the moment.

Malik Ofori: Mr President @NAkufoAddo we want a #StateReward4Shatta Wale! we are waiting! 🙏🏻

sm2daworld: The people are calling for it Flag of Ghana#StateReward4Shatta, This kind of Achievement is a Record for a Ghanaian Artiste, Shatta Wale on #BlackIsKing is a plus for our cultural heritage. Bigs Benisah, It’s Ghana to the World. #GhMusicCommando
@shattawalegh

GBoadi1: More reason why @shattawalegh deserves #statereward4shatta Dancegud were part of Ghanaian who were employed to be in the #Already video and in the Black Is King movie because of Shatta Wale

ManaclesofAsHAttA: #StateReward4Shatta is a must because you are now a natural resource to the nation .