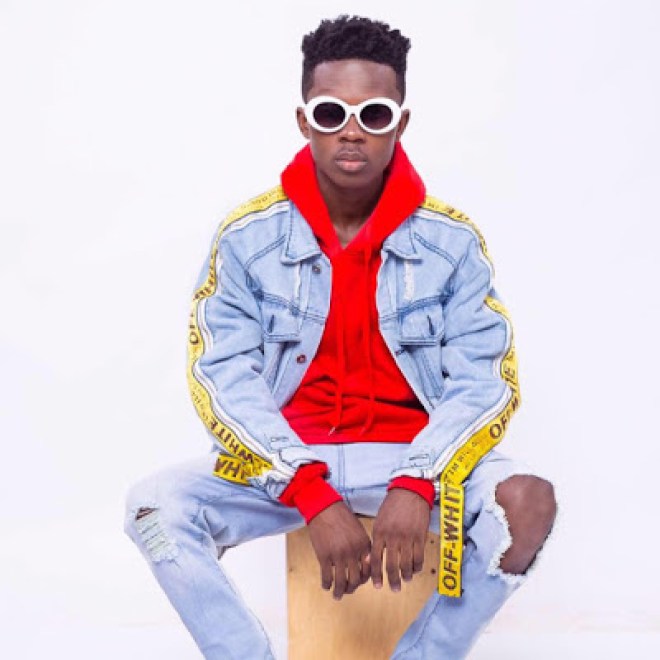 Osei Kwaku Vincent, known publicly as Strongman has said it will be better for a rapper to mime at concerts than for one to disgrace himself performing with a band.

Speaking on Showbiz Daily on Tuesday evening with Sammy Flex, he explained that it is a good feeling to rehearse and perform with a band but as a rapper, he will prefer miming than to disgrace himself with a band he has not had enough rehearsals with. “I would want to be in control so that when I raise my hand, the band can understand me. My moves should be well rehearsed with them so we can communicate during performance. Just as Samini does it, the band understands any move he does on stage so they gel well and that makes the performance very beautiful and exciting” he explained.

The Kumasi based rapper who is currently in Accra to promote his new single with Wendy Shay disclosed that he has played with a band at one of singer Akwaboah’s show before but would love to mime or rehearse before the performance.

He touched on traveling to Accra for music promotions: “I do this just to make my people in Kumasi know that you don’t need to move permanently to Accra before you can blow as an artiste. You can be home and still put in strategies for your works to make it. There are artistes here in Accra who have not blown as well so your coming is not a guarantee. As for the funds, we still need it because coming here for promo is money. Coming to rent in East Legon is also money. So you just have to be strategic. When it comes to promotion, Accra is best. So you need to move down here for promotions”.

The rapper acknowledged radio DJs and presenters in Accra for holding him down on his promotion. He said he has not really experienced much difficulties when it comes to spending on promotion and interviews because people believe in his talent and are willing to push him. He is currently promoting “Mokobe” which features Wendy Shay.