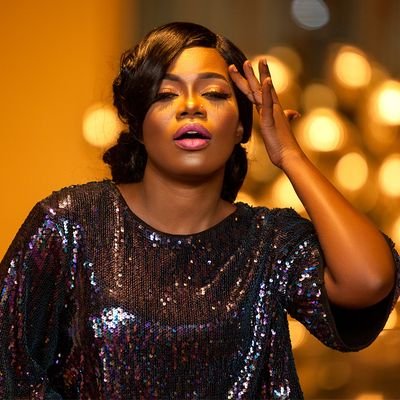 Musician Mzbel has confirmed Prophet Nigel Gaisie told her about his intimate relationship with actress Tracy Boakye and how bad it ended.

According to the “16 Years” hit maker, she wasn’t surprised when it came out in the news that the man of God dated the actress sometime ago because Nigel himself told her about it and also said so many evil things about the controversial media personality Afia Schwarzenegger.

“So Nigel, you wanted to use me in attacking Afia Shwarzenegar with Tracy to tarnish me, to use me to do damage control then I will come out and share my story to the whole of Ghana. If I finish, you can send assassins to come kill me if you like. At least I have said my truth. I have decided not to listen to any of these insults but what really hurts me is someone showing such videos to my child in school. So if I didn’t go for the radio interview, I wouldn’t have known that Nigel has told Tracy that I blackmailed him for Ghc500,000. I met few people at your church but you were alone in your office. Tracy was not there” she said.

She added: “You told me about your relationship with Tracy. So I wasn’t surprised when I heard you have dated Tracy before because you Nigel had told me before and how bad the relationship ended up. So I know you told Tracy I came to seduce you and blackmail you for money. Because you told me things. You said same things you telling Tracy to me about Afia Schwarzenegger. You told me Afia blackmailed you for Ghc10,000 or so. Childish talk every time. Nigel I have kept quiet out of respect. You did not pay me Ghc500,000 to keep quiet. I will not accept the bad name tag again. I won’t keep quiet if you continue telling my haters these lies. I have not achieved anything being silent” and more.

“I am way above Ghc500,000. I am not that cheap. This should be the last because if I hear these stuff again, I will come and explain deeper than this. Leave my life for me. You knelt down to beg me claiming you’re a young guy and that sometimes you get carried away so I understood you and kept quiet. Because we are all not perfect. So I moved on. Move on too. Focus on your church and stop trying to do damage control by damaging me because I did not do anything wrong to you”.

According to her, she said she swallowed her pride because of the respect she has for some people in the country and not because Nigel gave her money to keep quiet.

“Because of the respect I have for some people, I swallowed my pride. I didn’t even act like a role model and kept quiet. For how long am I going to keep quiet over issues? From 2004, I have been silent till now and you keep tagging me with a bad name why? why? Like why? I blackmailed you for Ghc500,000? Nigel so you forgot what you did? And you think you can hide behind people? I am not a cheap woman and not greedy as well. You Nigel you don’t even have money. You’re not rich. You have nothing. I only wanted to forgive you and move on” there is more so read on.

“Nigel leave me alone. If you want to do damage control, apologize to your congregation. Let them know you are human and you can err. They should forgive you and have you in prayers so you can start afresh. Don’t try to paint me black because I have done you no wrong. You do you even have Ghc500,000? I am disappointed in the people who believe in you. The compensation that I demanded for, are you the one that paid for it? Do you even have some? You even told me you were going to sell your Opel car. Do you have money? Nigel were you able to compensate me?” Mzbel said in a live Facebook video.