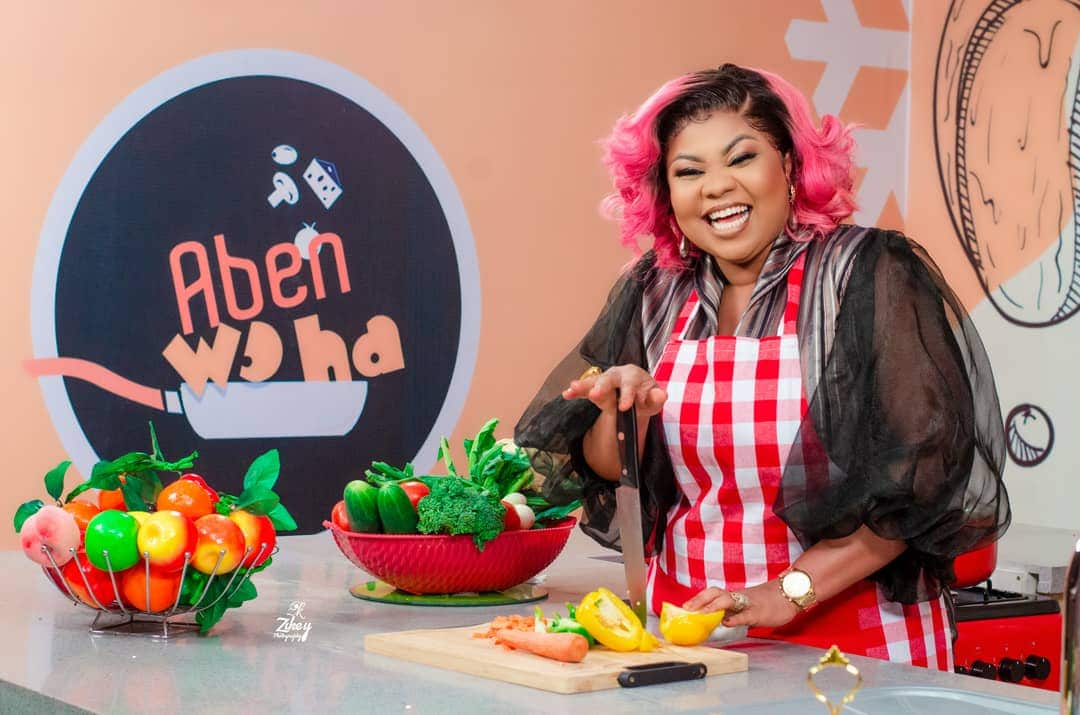 According to management of the television channel, the assertive and bubbly musician will be hosting a unique talk show which focuses on cooking and music.

The show is dubbed Aben Wo Ha and it is expected to premiere on Sunday 16th August 2020 from 5PM to 6PM.

Aben Wo Ha is designed to bring to the kitchen men from all walks of life; be it politicians, showbiz personalities, members of the clergy and others. The show is uniquely positioned, with a fusion of music and cooking.

On each episode, the guests will be exhibiting their culinary skills amidst a very engaging conversation with Empress Gifty on a range of relevant subjects, from career, business, trending issues to family affairs. This will be followed by a live band session to add to the excitement.

According to the producers, periodically, the show will be moved to open and controlled spaces where the host and the guest will cook for a selected number of people who will bring their perspectives to the conversation.

Empress Gifty`s love for music and food comes in handy for the show concept of blending music with food. You can expect nothing short of a thrilling show with Empress who prides herself as a great cook and a known conversationalist.

Aben Wo Ha airs on Onua TV every Sunday from 5PM to 6PM and repeated Thursdays from 3PM to 4PM.