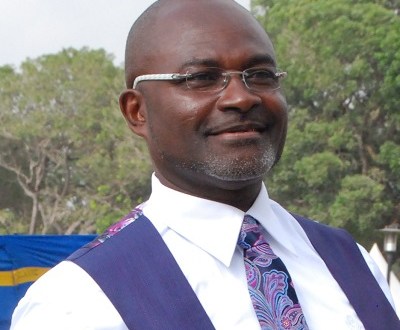 Member of Parliament for Assin Central Constituency in the Central Region, Hon. Kennedy Ohene Agyapong has accused Prophet Nigel Gaisie of raping the late Ebony Reigns and has also jabbed the National Democratic Congress (NDC) running mate, Professor Naana Jane Opoku-Agyemang for begging and covering up for the man of God when he raped musician Mzbel too.

The politician and businessman speaking to Kwaku Annan, host of “The Seat” show on Net2 TV expressed so much discontentment in Prof. Naana Opoku Agyemang for not defending her fellow woman (Mzbel) by allowing the law to take its due course but rather covering up for the man of God.

“Many women seem excited when this woman was appointed as Mahama’s running mate but this is the same woman that stepped in to beg and cover up for Nigel when he raped Mzbel. As a woman, you were expected to stand in and make sure the law deals with him but you covered it up. And Nigel was running his mouth that I should have died. Foolish boy. You small boy. If you dare me, I will mention names of all the women you have slept with. I will mention all the actress, so called celebrities that you have had sex with. I said Nigel has had sex with all Mahama’s girlfriends. You have sex with women way older than you. As old as 20 years older than you. You will be disgraced every day” he said.

The politician further added: “You see today Mzbel is fed up? We wanted to talk to her on this show but NDC conned her and she refused to answer my calls. But there is no sin that has no end. Instead of defending Mzbel with the laws, you went to cover up. I expected this woman to defend Mzbel. If you think this woman is in to support women, then you should think twice because this woman does not support women. And Nigel has the guts to predict the death of another person. He raped the late Ebony. He killed her? You are a bastard. You have had sex with half of Mahama’s girlfriends”.

According to Hon.Kennedy, it is one lady that admitted it is true she had an affair with Nigel but she has given birth to a different man now and doesn’t want her name to be mentioned. He said the lady threatened to commit suicide if her name is mentioned. And that this is why he doesn’t want to mention the name of the woman again. “After a sober reflection, I stopped because I wouldn’t want to mention her name for her to commit suicide because I am doing this for good reasons and not for the bad” he said.