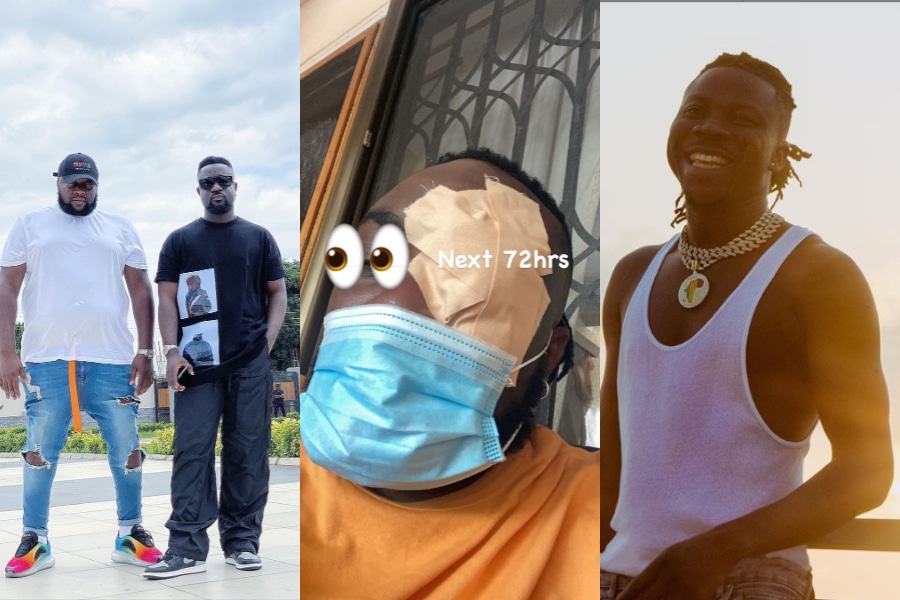 From the look of things happening on social media this morning, all seems not to be well between rapper Sarkodie and reggae/dancehall artiste Stonebwoy after reports of the latter slapping his manager Angel Town hit the news.

The rapper today took to his instagram and twitter pages to delete Stonebwoy’s flyers he posted to announce the #Putuu hit maker’s appearance on his “Black Love” virtual concert.

This action indicates that the Ghanaian dancehall artiste who was scheduled to perform alongside the rapper on the “Black Love” virtual concert will no longer be on the stage following a confusion at the pre-recording session.

The virtual event is scheduled to take place on August 16 and will be supported by several of Sarkodie’s friends in the industry, hopefully all or most of the featured acts on his latest Afrobeats album, Black Love.

Stonebwoy is reported to have arrived at the venue where the concert was being recorded and sat in his car while waiting for his turn to perform.

Unknown to him, Shatta Wale’s team was already in the building waiting for Shatta Wale to arrive. Information gathered indicates that Shatta Wale later arrived and performed ahead of Stonebwoy, to which Stonebwoy took offence.

Stonebwoy is reported to have felt disrespected by this action and confronted Sarkodie’s manager, Angel, for explanations.

According to earlier reports Stonebwoy slapped Angel Town after they both were involved in a heated argument regarding the incident. Stonebwoy left shortly after the incident and did not record his part, which means he will not be on the concert.

However, a member of Stonebwoy’s entourage confirmed in an interview with Sammy Flex on Zylofon FM’s flagship program, Showbiz Agenda on Wednesday morning that, there was a scuffle but it wasn’t between Stonebwoy and Sarkodie’s manager Angel but rather Stone’s bodyguard.

“Stonebwoy never raised his hands at Angel Town. They are brothers and Stone will not do that. It was a bodyguard that pushed Angel but we have all condemned him for that action. I can tell you it isn’t anything serious and currently we are discussing plans to schedule a date for Stonebwoy to shoot” Chief Abiolla said in an interview.