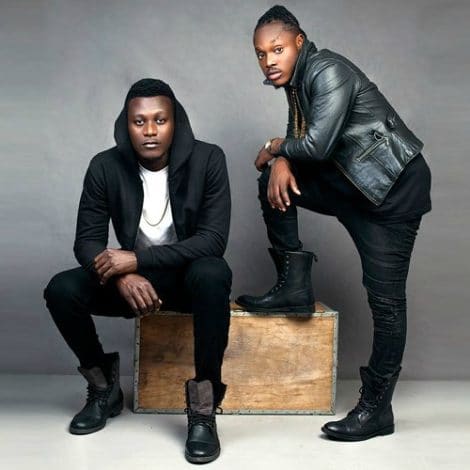 One of Ghana’s successful music duo, Keche have shared details on their relevance in the industry, their new “No Dulling” song and plans of taking over Africa musically.

According to Keche Andrew and Keche Joshua, they are still relevant because of their positive working attitude and focus for the Keche company.

The group on Showbiz Agenda with Sammy Flex on Zylofon 102.1 FM explained: “People don’t understand our relevance and how we are moving or growing stronger and stronger. Keche is a big company and we cannot allow our differences to collapse the company. Sometimes even on stage, we have our differences but we fake smiles just to entertain the fans and make the business go on. The company is bigger than Joshua, bigger than Andrew so we won’t let our individual problems affect the business. We’ve been through everything, from women issues to money issues and all that but we are still growing because of our working attitude”.

Andrew however explaining his issues with one UK based lady who recently invoked curses on him for breaking her heart said that, he is still alive and not scared of any curses or whatsoever. “The attention and focus are on greater things and not stuff like this. A couple of people close to me were scared but I told them not to worry because if you are accused of stealing and you know you have not stolen, you will definitely be vindicated. I really don’t want to discuss this. It is item 13 for some other day” he said.

Touching on their studio album, the group said they’re planning to release a thirty track album this year. “We are releasing a 30 track album. We are working on releasing 20 videos this year. We planned on an album that will have highlife songs, hiplife, Afro pop on one album. We will have international collaborations on some of the songs as well. We will not just release but take time to promote each and every song on the album. The team is still discussing the title for the album and details will be announced soon” they hinted.

Keche added: “Our label is giving us pressure to work harder and that’s exactly where the energy is. We considered Kuami Eugene’s performance and energetic style and creativity to put him on the album. And he didn’t waste time in making it happen. People have commended our recent costumes and recommended that we stay with that style. So we going to keep it like this for a while and shoot more videos with it”.

Touching on whether he said his new management is doing far better than the old one involving George Britton, he refuted those claims and said he did not mean George didn’t do anything for them. “When you go into a new relationship, you can’t even say your ex is better than your new wife. George did his best for us and our new management is doing good with us now” Joshua explained.

They disclosed their target now is to become the biggest musical group in Africa and will need the industry to support them push that agenda because that cannot be achieved without love from the industry. According to them, songs like ‘Pressure’, Today, Show Something and few others have taken over in some countries like Liberia, Gambia, Togo and they would want to push the energy into pushing their songs to more Africa countries so they can make their biggest artiste group in Africa materialized.