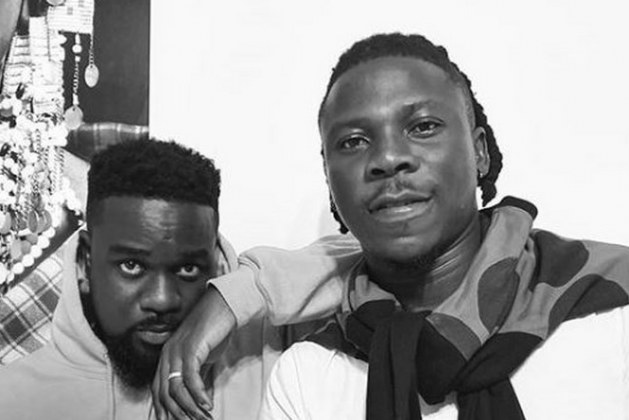 Ghanaian Rapper who is now based in the USA and a former signee of Lynx Entertainment Asem, has mocked Sarkodie for blacklisting Stonebwoy on his upcoming virtual concert.

It’s rumored that Stonebwoy slapped “Angel Town”who happens to be the manager of Sarkodie for disrespecting him. It’s also alleged Stonebwoy apologized after the incident but he has still been taken out of the concert.

This has given Asem the opportunity to make fun of his rival Sarkodie for not being patient enough. Asem for some months now has been on the neck of Sarkodie throwing punches at him seeking for his attention.