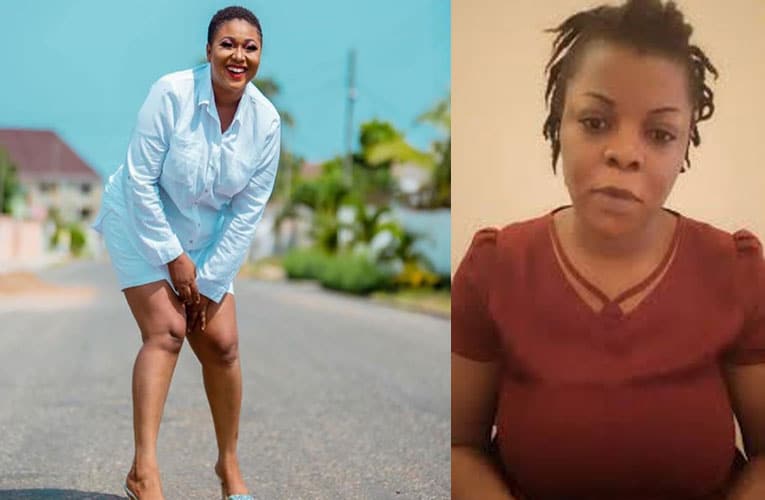 Ghanaian actress and TV show host Xandy Kamel has reacted to actress Gloria Kani’s recent allegations that the former was sacked from former president Mahama’s house when their intimacy became known to Madam Lordina Mahama. She has asked fans not to tag her in any post relating to such allegations because she has no time and does not respond to every dog that barks at her.

Xandy Kamel now Xandy Mensah wrote in a post on Instagram: “And you think I have time to answer every dog that barks at me in the name reputation this is all you know madam I respected you and your platform soo much but to tag me with this it’s a no no you can believe what u want am busy fucking the hell out of my husband medaase paaa. peace and love. STOP TAGGING ME BCOS I WONT GIVE YOU WHAT YOU WANT.

The actress` comment came after a Facebook user by name Nana Yaa Achiaa shared a post demanding that the actress comes out to clarify herself of all allegations leveled against her by Gloria Kani during her feud with Tracey Boakye few days ago since her reputation is at stake.