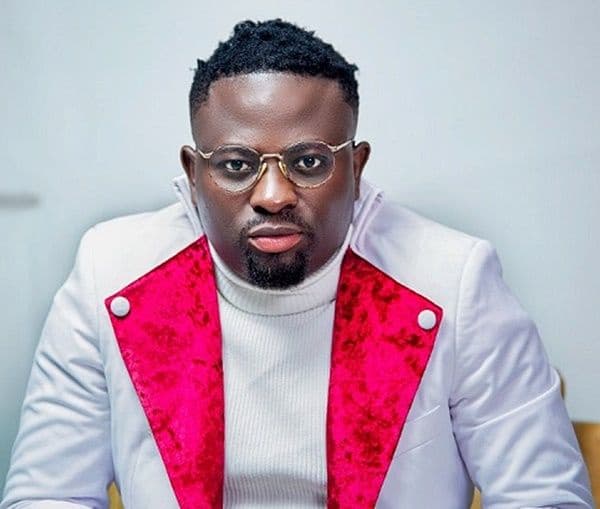 Popular gospel musician, Bro Sammy has denied having any intimate relationship with actress Tracey Boakye as alleged by Gloria Kani in her feud with Tracey.

Speaking to Halifax Ansah Addo on the Best Entertainment show on Okay FM, the singer said he would have time to watch the alleged videos again and take appropriate legal actions against Gloria Kani.

“My only encounter with Tracey was when I did a song with her at Dan Bassy`s studio and she also featured me in her “Baby Mama” movie. Tracey doesn’t know my house and I also don’t know her house. So when you come out with allegations like this what exactly do you intend to achieve? I don’t know if it is fame that you want or not. But why bring division among the ministry. Why do we also like washing our dirty linen in public. With this if I take actions now, people will say Brother Sammy is a gospel artiste and he is not forgiven bla bla bla. Have you seen anyone having sex on national TV? So just having a song with Tracey makes me sleep with her? I will get time to watch the video and take the necessary actions against her” he stated.

In case you missed it, Gloria Kani made some damaging allegations in a live video where he disclosed that Bro Sammy and Tracey had an intimate affair. The drama started after Tracey’s scuffle with musician Mzbel few days ago.

Following the feud, Gloria Kani who is now an evangelist posted series of videos making so many shocking revelations about how wicked Tracey Boakye is and further mentioning John Mahama, Julius Debrah and Ibrahim Mahama in a recent live video on her Instagram page revealing how Tracey is blackmailing JM.

Some back-and-forth ensued. But things seemed to cool down following Gloria’s apology to some leaders of her ministry in a video this morning.