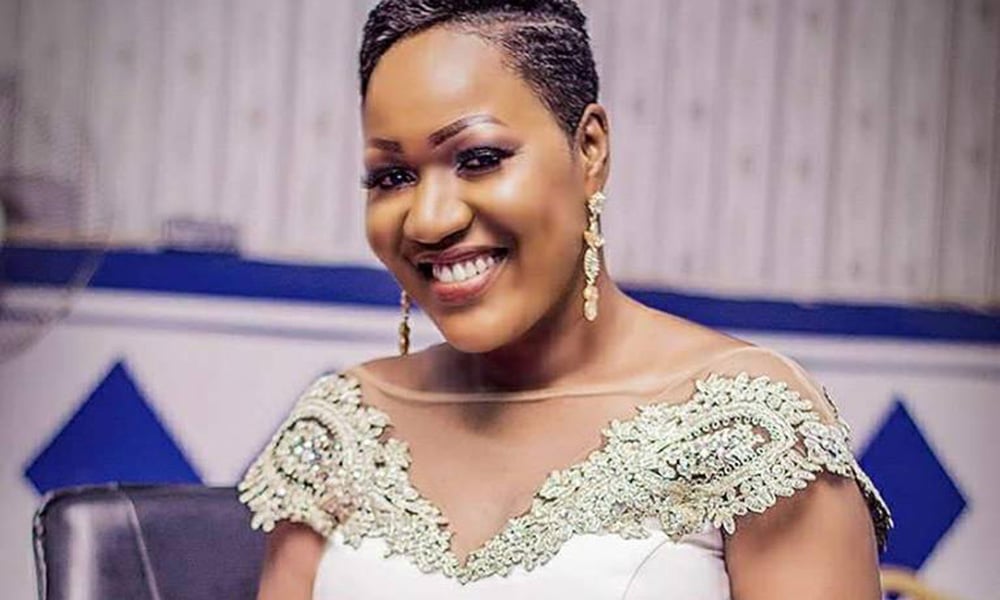 Beautiful Gospel musician Rose Adjei has disclosed that for a gospel musician to have the unction of the holy spirit, one needs to have a christian background or become a Bible believer.

Speaking on Showbiz Daily on Sammy Flex TV, the gospel minister explained: “No! Why should somebody fake? The issue is, basically if you want to do gospel music, you should be someone who has a christian background. That’s what I believe in. Because whatever you going to sing about in your song is the gospel which is the good news. So definitely, you should be a christian or a believer”.

“But we should also know it is not everybody that sings gospel music that is a christian. So some people get into gospel music because they have good voices and gospel music sells faster. They can sing in churches and all that. Others also see it as a calling so they want to go into full time ministry. So it is not necessarily about how “holy” one is, but you should have that christian background to make the work much easier” she revealed.

She further added that: “There are differences between someone singing and being commended for his/her wonderful voice and one that has an unction on him/her. If you want that unction to be felt on people because that’s all gospel has to do then some way. I can’t mention names to you but there are people who sing and you feel the unction. There are differences. I don’t want to be judging who is from God or not” she revealed.

Currently the singer is not signed unto any record label but disclosed she is doing good with her ministry. “I am still going to the places I used to go to when I was with Media Excel. So I feel I still have to work with or without a label. If I get a management company to work with, fine but for now I am doing everything myself and I feel very proud of myself. It is not easy but I have made my mind not to give up. Maybe the right person hasn’t come yet. When the time is due he will come” she said.

She revealed her third album which is “My God” was supposed to be released in April but didn’t happen because of covid-19. Though she has been releasing her songs in singles and has released all singles on the album. She said recent songs released are “My God” and another “Arise and Shine”