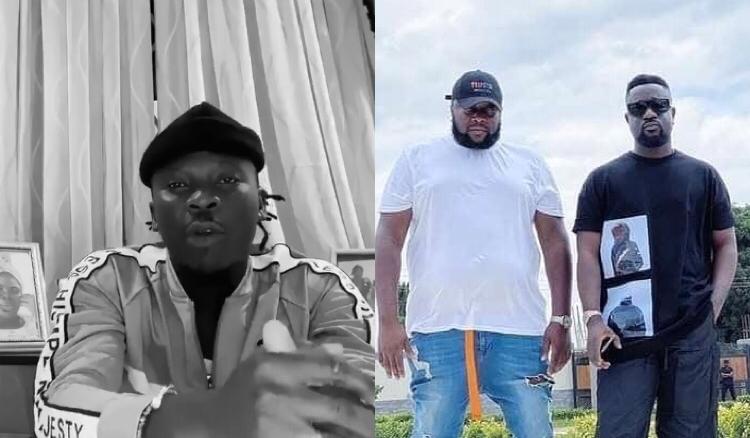 Some Anti-Stonebwoy people have referred to him as a pretender though he has found it necessary to apologize to team SarkCess, they are still not satisfied with the apology.

The award winning artiste and founder of Burninton Music Group, Stonebwoy boldly apologized to Sarkodie, Angelo and his team for what transpired between them during the recording of Sarkodie`s Black Love Virtual Concert last Monday.

A gist of what led to his apology: It’s alleged that Stonebwoy slapped “Angel Town” a manager of Sarkodie for disrespecting him. Though he apologized the same day the incident happened, Sarkodie was very pissed and drove off leaving Stonebwoy behind.

Stonebwoy has done the needful by apologizing to the SarkCess Music team officially in a video which has gone viral on social media as he debunked the gun pulling rumor. According to him none of them pulled a gun so fans and music followers alike should ignore such reports from media platforms.

Watch the apology video below.