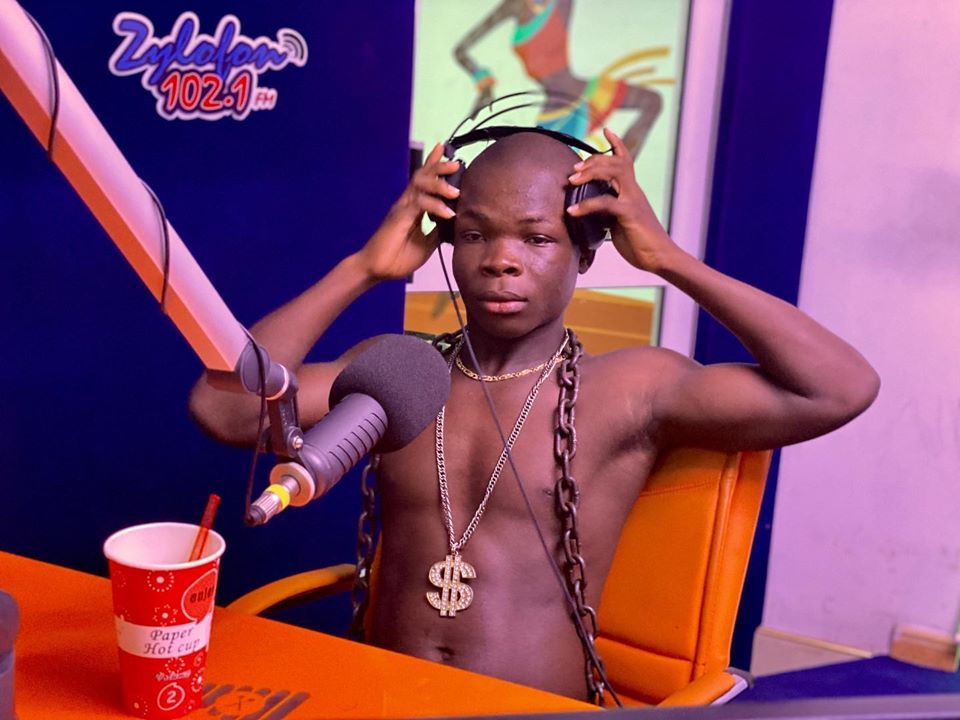 Ghanaian rapper and comedian Emmanuel Yeboah, popularly known as AY Poyoo who brags being the face of Gh rap and a GOAT (Greatest Of All Time)
has responded to the call by some critics for the media to ignore him and not give him mileage, saying such people don’t understand music.

The rapper best known for his viral ‘Goat’ song in an interview with Sammy Flex on Showbiz Agenda on Zylofon 102.1 FM said he should be considered as a top artiste in Ghana because he has the numbers that stream his songs on all digital stores.

He added: “Face of GH Rap has got to do with my ugly looks and also the fact that I can rap better than every GH rapper. So when you look at my face and you listen to the rap, I am the face. No one can contest me when it comes to rap. Yaa Pono only expressed his opinion when he said I have bad timing. He should have asked us to give him the face of GH rap title. I don’t do his kind of rap and i think he was just giving me shout outs”.

When asked if he took inspiration from “3y3 Guy” an Ashaiman based artiste, Poyoo said he doesn’t even know about the existence of that guy and doesn’t even want to talk about him.

He further acknowledged the support he is enjoying from the industry and expressed gratitude. “I think the Ghana industry is supporting me because if they’re not, you wouldn’t have called me on your platform. There is a song coming from me and Sho Madjozi” he revealed.

Touching on management and how expensive it is to feature him on a song, the rapper had this to share: “It is business between me and my management. My music genre is washout music. So with washout music, if someone does it, then I can say I am being impactful. Very soon, I will be a legend of washout music. I am not expensive like that but it is strictly business to feature me. I cannot disclose the exact amount. My song with Kubolor was also for business. I have about 15 songs and there are more coming. We are working on an album now. I wouldn’t want to give details because we love to do things surprisingly so fans should anticipate”.