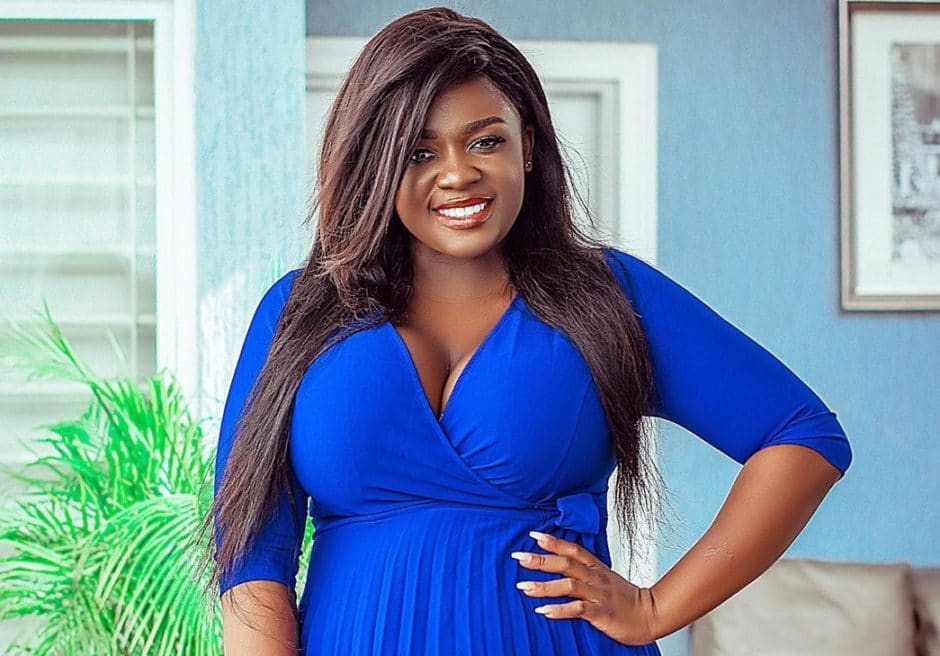 According to Kennedy Agyapong on NET2 TV’s the Seat show on Monday evening, Tracey Boakye has naked pictures of John Mahama and keeps blackmailing him with it. He also alleged Mahama bought her East Legon house amounting to $450k.

Within few minutes, Tracey Boakye responded to these allegations through a live Facebook video and denied all allegations leveled against her as she dared Hon. Kennedy Agyapong to provide the said video and audio he claims he has on his show this Wednesday.

She also denied emphatically that she has never blackmailed anybody including the former president with any video or audio.

She said “I don’t have any video or audio of former president Mahama that I am using to blackmail him. I have been quite because I have been asked not speak again on the matter. But that doesn’t mean Kennedy Agyapong, who is big enough to be my father, can go sit on TV and spew lies about me and insult me. I challenge him(Kennedy Agyapong) if he has any video or audio as he claims he should play it on Wednesday”

He continued: “I have not blackmailed anyone. My child has a father. I have decided to keep my relationship private. Ken if you have your issues with NDC please leave me out. I have made a lot out of my sexual escapades and I am proud of it. I am not ashamed of it. None of my ex boyfriends is richer than me today. When they see me today, they’re super proud of me. Sex is nothing. I have achieved something out of the men I slept with. I am not stupid to blackmail a man who takes care of me. I will never do that. I am not married. I am not under anybody. So I don’t lose anybody. Is it a disgrace to have sex with A-Plus?”

The actress warned the member of parliament to leave her out of his political issues with the NDC.