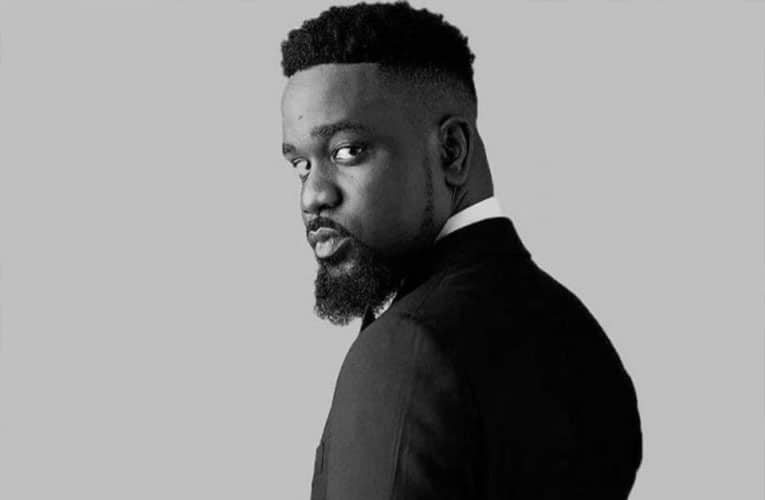 I hope you guys are doing good. First off. Let me say a big thanks to you all. For making the Black Love Virtual Concert a success, a big win for Ghana, and God bless you all. So today the main reason why I’m recording this is to have a little discussion about our industry and also some clarity on the incident that took place on the 10th of August. I know you guys have heard a lot. I normally don’t do this but I think sometimes it’s very necessary for the betterment of our industry and the ways forward.

First of all, I would like to acknowledge the fact that we are a growing industry we still have miles to get there. I won’t take away the fact that Ghanaian musicians Are doing extremely well trying to put our nation on the map independently with no structures behind us, you know, so I take my hats off to myself and my colleagues for putting in the work. So the incident that happened at the Black Star Square was not the first and I’m pretty sure it’s not going to be the last but the ultimate goal is to try to minimize or you know, possibly get rid of such situations in our industry, you know to clear a certain perception that we are creating in the minds of the people when our Industrie is mentioned. You know it took a minute for the corporate world to open up to our industry because there was a perception that the word entertainment was all the industry was about and nothing more to it. I personally have been trying my best to clear that perception to be able to bridge into the two worlds together not limited to the corporate world, but to every citizen to have some level of respect when they see entertainers or anything related to the industry and that many starts with how we conduct ourselves, you know, we occupied spaces way bigger than us. And therefore we have the responsibility to act right, you know since we have a lot of influence and if I may say a lot of power we when I say we I mean entertainers I just like everyone else, you know, we are no different from you. Whoever’s listening right now. We are just like you but the only difference is the position that we occupy that creative people are very sensitive by Nature. We carry a lot of emotions and that comes along with paranoia, but that’s not an excuse for how we act because that is absolutely up to us we are responsible for our actions.

I’ve been in this industry for a minute and I hardly react to things and that’s not because I don’t have anything to say but I think we are in an industry where most of our media outlets is interested in traffic driven content and that mostly has to be negative, sadly that’s how the world operates I don’t blame the media because they are doing their job and it comes with it. So on the other hand, I also think artists should you know also have control what they put out and also be careful how to go about PR. This brings me to the incident that happened on the 10th of August, you know at the Black Star Square between my manager and my brother Stonebwoy. For the first time in a long while my limit was pushed beyond just because of what happened. I want to state this everyone has the right to be angry but no one has the right to assault and this is where it brings me back to how we manage our emotions and reactions situations. Like what happened that led to the unfortunate incident is not new. Not not to say that it’s okay, but I think my brother should notice and that’s if that’s what actually happened here to talk about what happened that led to it, If that’s what you want to talk about you can talk about that as well.

My main reason, you know for doing this or what got me upset with the fact that he chose to go physical with the situation, I don’t think my brother came from wherever he came from to destroy my show we’ve had a great relationship over the years and not because he is not initially because he’s like the best person I’ve come across but I built a mechanism to be able to deal with people regardless how they react because there’s always a bigger picture a and if you want to confirm that watch everyone around me I mean my team, you can take it from Angel from Black to Duncan, Mensah even my wife these are people that I know from day one is not because their like a perfect people but everyone has flaws even myself. All I have to know is that one is not evil and as a leader, you need to have a way to keep people together. Sometimes you have to be the coach not necessarily be one of the players, there’s been several incidents where I felt disrespected by organizers media personnels and not own colleagues sometimes, you know, but I always control my reaction due to the bigger picture and that doesn’t make me soft a weak now. Actually the strongest in any way I could do my brother has every right to be mad at you know, you could have chosen to insult Angelo even myself scream or just even move his car and go and trust me. He knows I would definitely call him and even apologize not because I have to but I never won by Blood and I think of unnecessary this time I didn’t take that route because my brother went overboard and to me, it’s the highest level of disrespect no matter what happened because I’ve been at his concert and he has no idea how I get there or what I go through to get on that stage.

Because I understand the job and I know there’s no way Stonebwoy and his management would have ever want to disrespect me intentionally. So the long and short of the story is that yes, my brother did hit my manager and I’m here to confirm and condemned the act and let him know that I’m extremely disappointed knowing how he is with Angelo on a lighter note for those saying how could Angelo allow Stone hit him and go free again, as I said, you can’t control how people react but you can control yours and honestly, what do you people think would have been the situation if he retaliated, you know you same people will have a change of submission and Angelo saw Stonebwoy as his little brother getting out of control and I’m proud he didn’t touch him to end this I would want to use this incident to advise the up-and-coming to learn how to control your reaction. If you are in this for the long run, you will be provoked a lot of situations will stir up emotions, but you have to be strong and to my brother, I would want to say that apology has been accepted and I know that genuinely you have love for me I have love for you.

Sorry from this side if you felt treated unfairly by the events grounds, and I wish you all the best. Thank you for coming as well. God bless you.