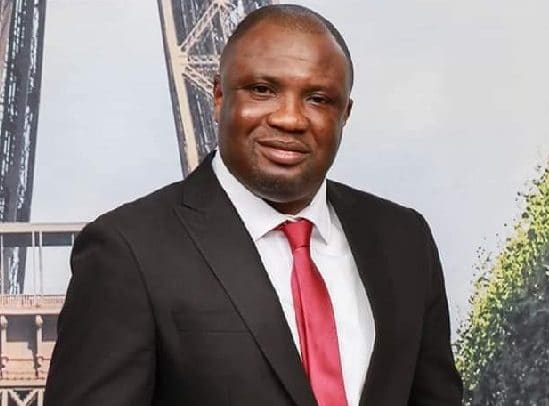 United Kingdom based Ghanaian promoter Dj Alordia has confirmed that Sarkodie was known in UK through singer Danso Abiam who is also a Tema based artiste when he released his song “Belly Dancer” that featured the rapper.

On Showbiz Daily live with Sammy Flex on Sammy Flex TV, he said Danso Abiam made Sarkodie popular in the UK because of his hit song “Belly Dancer”. The hit song is for Danso Abiam and he featured Sarkodie which became a hit in Ghana and beyond in the year 2009/2010.

According to Alordia, he heard about Sarkodie on “Adom FM`s Kasahare Level” but he was not known in the UK then. “He became big and known after he was featured on Danso’s “Belly Dancer,” he stated.

“Sarkodie was known through Danso Abiam not in Ghana but London. If not for his song “Belly Dancer” which he featured Sarkodie, like none of us in London knew him then before his own songs became popular,” he confirmed.

In other news, Alordia has promised to promote his newly released single “Yede Nyame Ka” and also said he will bill him for next year’s Ghana Music Awards – UK if the song becomes huge.